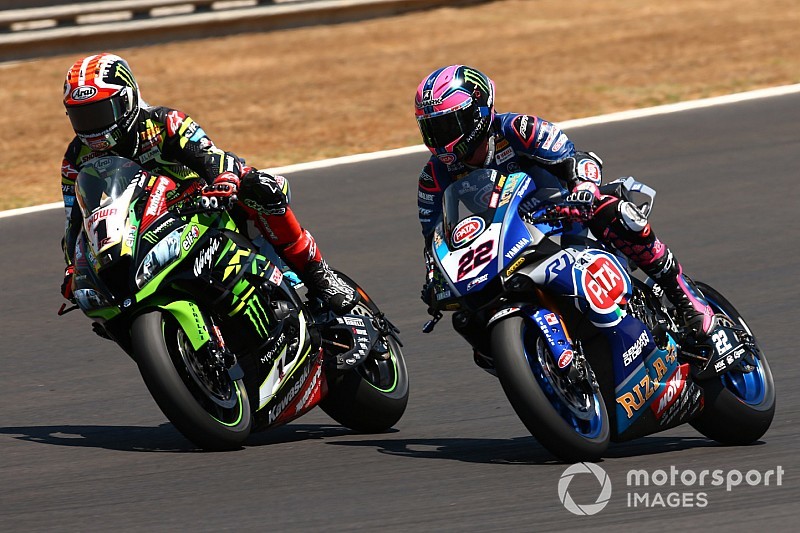 Jonathan Rea has lost his podium finish in the opening World Superbike race at Jerez following a penalty for hitting Alex Lowes.

Rea, starting from pole position, dove down the inside of Lowes at the final corner on the last lap, hitting the Yamaha rider and making him crash.

Rea apologised to his rival as he rode to the chequered flag on his way to third place behind Alvaro Bautista and Michael van der Mark.

The incident was under investigation and Kawasaki rider Rea has been dropped one place, to fourth, promoting Marco Melandri to the podium slot.

It is the first time Rea is classified outside of the top three this year, yet he is now 55 points behind Bautista in the standings.

Four-time champion Rea has also been handed a back-of-the-grid start for Race 2.