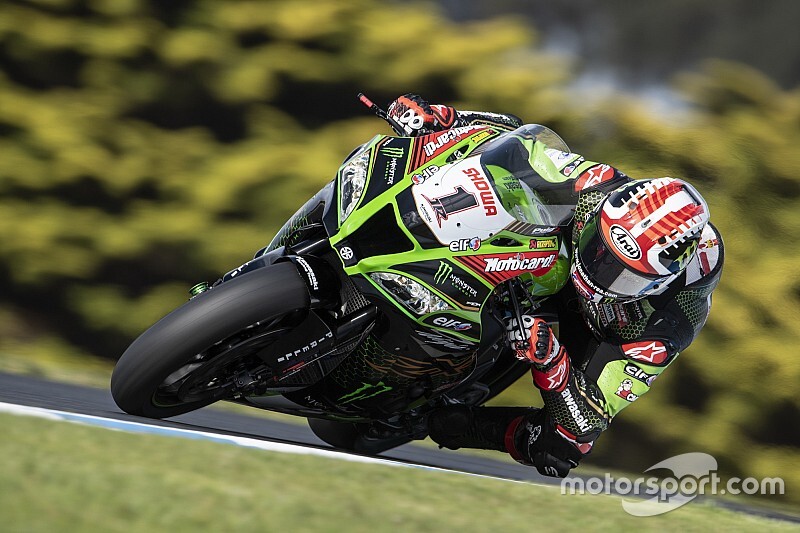 Kawasaki rider Jonathan Rea topped the final World Superbike pre-season two-day test for 2020 at Phillip Island, ahead of the opening round at the same venue.

Fourth on the opening day of the test - which was topped by Yamaha's Toprak Razgatlioglu - reigning champion Rea was quickest in both of Tuesday's sessions, ending up with a 1m30.448s as his best lap.

Razgatlioglu's Monday benchmark had held as the fastest effort of the test until an hour to go in the subsequent day's morning session, when Ten Kate Yamaha privateer Loris Baz went two tenths faster.

Shortly thereafter, Rea usurped Baz by 0.078, with a time that would ultimately secure him the overall honours for the test.

He then again led Baz - running a 2019-spec Yamaha engine - in the afternoon, and had set another time good enough to top the test, but came up just short of surpassing his own morning effort.

Rea was among those to crash during what was a rain-disrupted two-day affair, as he fell at Turn 4 on the second day's morning but rejoined swiftly.

His Kawasaki squadmate Alex Lowes, who ended the test 12th overall, had a pair of falls himself, as did GRT Yamaha newcomer Federico Caricasulo in 17th, whereas the likes of Scott Redding (Ducati), Michael van der Mark (Yamaha) and Alvaro Bautista (Honda) also had crashes.

BMW's Tom Sykes was quickest in the morning of the opening day and was just 0.022s off Razgatlioglu's Monday time.

But while Razgatlioglu didn't improve on Tuesday, Sykes did, leapfrogging the Turkish rider for third place by setting a time just over a tenth slower than Rea's.

Fellow Brits Leon Haslam (Honda) and Redding were the only other riders to dip into the 1m30s margin.

Both of their respective factory teammates were five places behind, with Bautista 10th for Honda and Chaz Davies 11th for Ducati.