Ex-MotoGP rider Scott Redding believes BMW has “more fire to succeed” in World Superbike after deciding upon a sensational switch from his current Ducati team for the 2022 season.

Redding joined WSBK last year with the factory Ducati team, continuing a relationship he forged with the Italian marque during his title-winning campaign in British Superbike in 2019.

With a Panigale V4 R that had already proven rapid in the hands of his predecessor Alvaro Bautista, Redding won five races in 2020 and emerged as the closest challenger to eventual champion Jonathan Rea, while Ducati itself missed out on the manufacturers’ title by just a single point to Kawasaki.

However, both Redding and Ducati have fallen down the pecking order this year, losing ground to not only the all-conquering Rea/Kawasaki combination but also a resurgent Yamaha squad led by Turkish rider Toprak Razgatlioglu.

After hinting at a possible change of teams at Most earlier this month, Redding was confirmed earlier this week as joining Michael van der Mark at the Shaun Muir Racing-run BMW outfit in 2022.

The German manufacturer Redding joins next year is relatively new to WSBK, having returned as a factory squad only in 2019, but has already managed to finish on the podium against its more established rivals.

Asked to explain his decision to leave Ducati, Redding said he could see a burning desire to succeed at BMW, even if he faces a learning curve on the M1000RR.

“I felt like it was time to make a bit of a change,” the 28-year-old told the official WSBK website. “I’m really looking forward to this step in my career.

“It’s a younger project, maybe more fire to succeed because they haven’t been there for a while, so I like that. I’ve never rode an inline four, I’ve always been on a V4 since I came to Superbike so it will be interesting to see how that goes.”

Redding revealed that he held his first talks with BMW even before his rookie season in WSBK in 2020, but felt that the German manufacturer was not capable of winning in the category at that time.

However, having now seen the progress it has made over the last two years, he feels it is finally the right time to make a switch in 2022.

“It’s amazing really to have a company that wants you for so many years,” he said of BMW.
"We were discussing before and I went to Ducati [in 2020] and felt a little bit bad, but my goal is always to win and I didn’t believe at the time BMW had the experience to win.

“I know they’ve won races in the past but since they came back, I was like… I don’t know. It’s difficult, you’re talking about hundredths, thousandths of a second, and it can take years to find those.

“But this year I really saw a step with them with both riders. I think it's time to go. The difference for me is more experience, more knowledge, more development, better results [than before]. They have made a step, no-one can deny that.”

Ducati has yet to announce who will take Redding’s place at the team in 2022, although it has been strongly suggested that Bautista could make a return to the Italian marque after two seasons with Honda.

Bautista was again coy about the rumours linking him to Ducati, but added that he has received offers from teams other than his current employer.

“Now I’m very focussed on this project. I would like to make some steps forward to fight for better positions, because we are working really hard to improve, so that’s my target right now.” 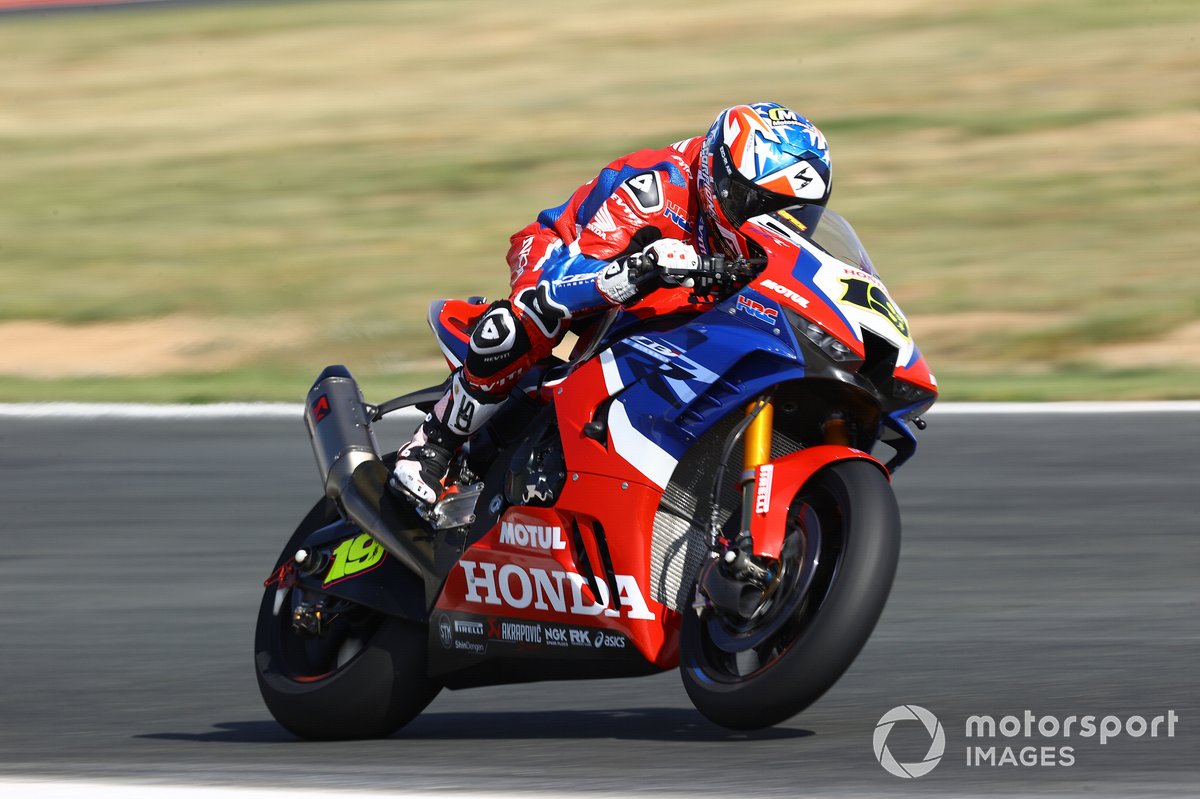 Redding "mad with myself" after latest crash at Portimao