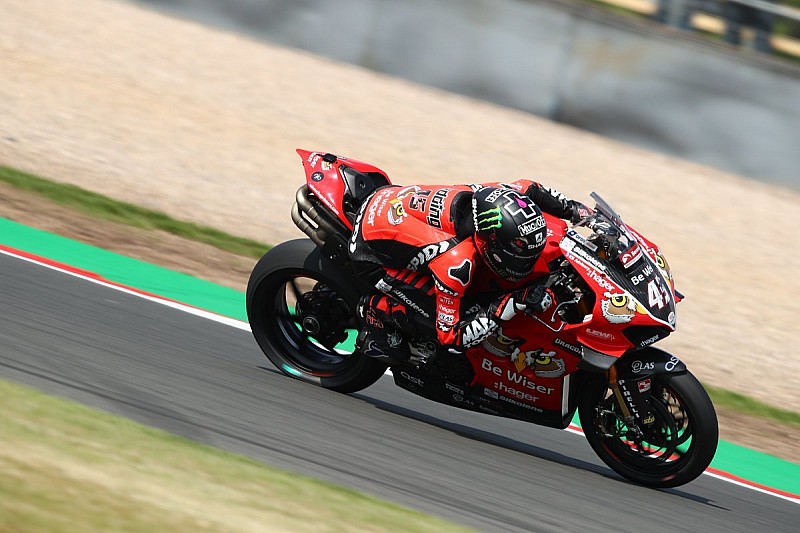 Former MotoGP rider Scott Redding will join the factory Ducati team in the World Superbike series in 2020, the outfit has announced.

This came after Bautista turned down an extension to his initial one-year deal with Ducati, with the Spaniard believed to have agreed terms with WSBK rival Honda instead.

"It is with great pleasure that we welcome Scott into our team," said team boss Stefano Cecconi. "Despite being a rookie in BSB, on his first experience with the Panigale V4 R and with numerous tracks he has never seen before, Scott has proved to be fast right out of the box and to be able to aim straight for the title.

"For this reason, we have been following him with interest and we were impressed with his form even before having to look for a teammate for Chaz in the coming seasons. With his determination and experience, I’m convinced he will be quick right from the start, even on a WSBK-spec bike."

Redding previously rode a satellite Ducati in MotoGP, and joined the Paul Bird Motorsport-run Be Wiser Ducati outfit in the British series for 2019 after leaving Aprilia's MotoGP team.

He is second in the BSB standings with six wins to his name, and has already qualified for the series' title play-off 'Showdown'.

"I’m so happy to join the Aruba.it Racing - Ducati team, which is something that I’ve wanted for a long time, because to be able to work with a team that can fight for a world title is really a great opportunity for me.

"Obviously now I have to remain fully focussed on the British Superbike Championship, because I want to try and win that title with the Be Wiser Ducati before stepping back up to a world championship again."

Bautista, who began his first WSBK season with 11 consecutive victories, currently sits 81 points behind Kawasaki's Jonathan Rea in the title battle with 12 races left to run.

"I wish to fondly bid goodbye to Alvaro and thank him for the incredible emotions that he has given us this year, he will surely be a difficult adversary to beat!" Cecconi added.

"Now however we must focus on the current season: we no longer have an advantage, but the world title battle is still open and we will give our maximum commitment to conclude our collaboration in the best possible way."

Takahashi fills in for injured Camier at Portimao

Inside story: What it’s really like to be an F1 mechanic