Scott Redding admits he wasn’t patient enough in his battle for victory with Jonathan Rea as he crashed out of the final race of the Estoril World Superbike weekend.

But by lap 15 of 21 the ex-MotoGP rider was caught by Kawasaki man Rea, who was among the minority of riders on the standard SC0 rubber, with Rea making what proved to be the decisive move of the race at Turn 3 as Redding ran wide.

Redding immediately tried to counter-attack by diving to the inside at Turn 4 but wasn’t close enough to pass, and ended up losing the front of his Ducati and crashing.

He was able to remount and finish down in 14th place, as Rea hung on for victory to extend his championship lead to a comfortable 35 points.

Reflecting on the race, Redding said in hindsight he should have left it longer to try and repass six-time champion Rea as he knew he was having trouble with his front tyre.

“I felt really comfortable and under control, really riding so well, managing the tyre perfectly, counting the laps off,” recalled Redding. “Then I was having some trouble with the front [tyre] and I backed it off, couple of tenths.

“Jonathan closed in and passed, I thought, ‘ok, let’s fight’, but the tyre was not ready to push that early. I needed a few more laps to let the tyre come back to me.

“I didn’t want to let Jonathan get too far ahead, and I just lost the front… I’m annoyed with myself because I really had it under control, it was for me to win that race and I just made that mistake. I should have been more patient. 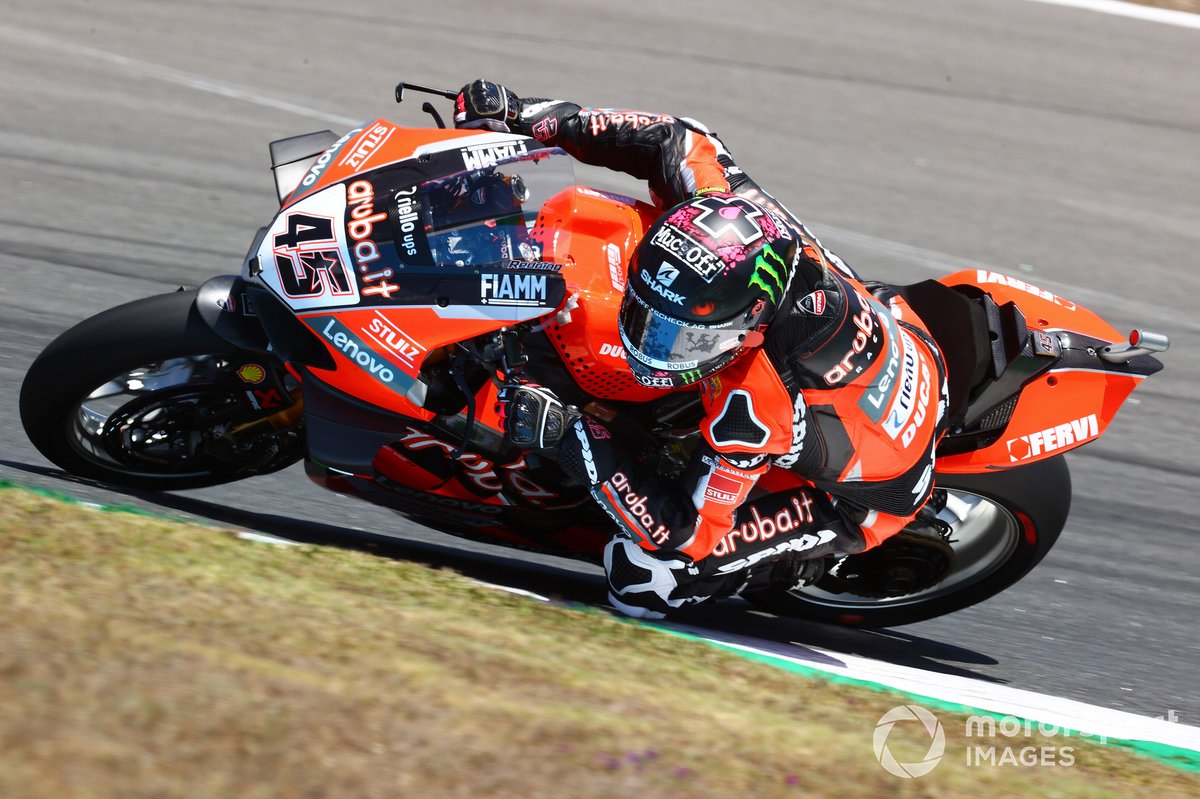 “I knew the [front] tyre was not good, I knew I had to wait, but I saw that opportunity [at Turn 4] and I went for it, and it cost me 23 points. I’m just pissed off with myself.”

Redding shot into an early lead with a rapid start from third on the grid, while second-place starter Toprak Razgatlioglu gave up any chance of fighting for the win by jumping the start – an offence that earned him a double long-lap penalty.

But the 28-year-old Briton admitted that he was initially convinced he had likewise gone too soon and was expecting to be handed a penalty.

“For three laps I thought I’d see ‘45’ [Redding’s race number] on the [penalty] board,” he said. “Then I saw a ‘4’ and a ‘5’ but it was the other way round [for Razgatlioglu]. Three laps I was not focussed on racing, I was focussed on the board.

“At the start, I don’t know if the wind pushed the light [gantry] back, which put it in a bit of shadow, but Toprak wanted to go, I wanted to go… I just squeezing the brake, my clutch went, I squeezed the brake [again] and then I went.

“I held on as much as I could, and I’m happy to not get the long-lap penalty, even though [if I had been penalised] I’d have probably ended up with more points at the end of it!”