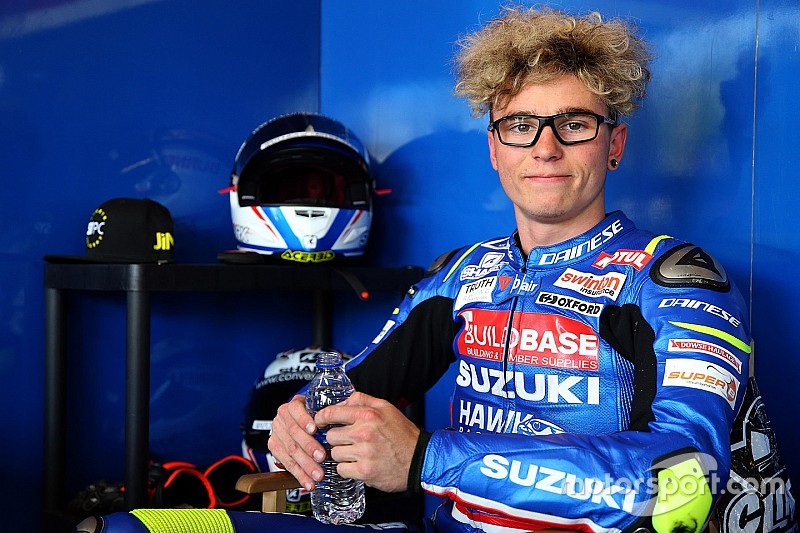 Hawk Suzuki rider Ray, 20, ended his maiden BSB campaign last year as top rookie, and began his second season with a double victory in April at Donington Park at the '18 BSB opener.

The Stuart and Steve Hicken-run Hawk team confirmed it had successfully applied for wildcard place on the Donington WSBK grid, but was up until recently still unsure if it would actually contest the event.

However, Ray – who currently sits second in the BSB standings – confirmed in a video interview with the BSB official Facebook page following a test at Snetterton that he will be racing at Donington.

“I'm flying out to Japan on Saturday morning, I've got a test out there with Yoshimura Suzuki team, two days at the Suzuka track,” Ray said when asked what his upcoming plans were during the BSB summer break.

“Then I'm flying back on the Wednesday ready for Donington WSBK wildcard that weekend. So I haven't really got a lot of time off, but it's really exciting and it's good experience for myself.

“Obviously to go out to Japan with those boys is quite a big thing, and I'm quite privileged to go out there. So, yeah, I'm looking forward to these next few weeks.”

Ray will join current BSB series leader and '17 Donington WSBK wildcard podium finisher Leon Haslam, who will be competing in his second successive round with the Puccetti Kawasaki squad, having raced to a ninth and 16th-place finish at Imola last weekend.

Former World Supersport rider Gino Rea will make it two GSX1000Rs on the grid at Donington, as he makes his WSBK debut with the OMG Racing team alongside Team WD40 Kawasaki rider Mason Law.