Leon Camier says the Barni Racing World Superbike team has got the Ducati V4 Panigale in a “strange” area for him at present and the bike needs changing “a lot”.

Camier joins the customer Ducati squad for 2020 after two unsuccessful years on the previous-generation Honda Fireblade, though has been absent for much of testing due to a shoulder injury he picked up in a crash at a test in Aragon last November.

Former GRT Yamaha WSBK rider Sandro Cortese stood in for Camier at Jerez and at Portimao, though the Briton did complete some laps on Monday in Portugal to get an understanding of the bike before the final test at Phillip Island prior to the first round in February.

Camier highlighted the electronics of the Ducati as the biggest area of understanding needed, though he says this is “normal”.

“The plan wasn’t to really ride this test, but we did some work with the physio here John Laverty – Eugene’s brother – and immediately felt like a little bit better,” Camier told WorldSBK.com at Portimao.

“So I thought maybe I could try the bike and just stay very, very calm and try to get a feeling for position on the bike, for electronics.

“For sure I wasn’t strong on the bike, laptime was a long, long way off. But it was just to try and ride around and understand something. For sure we need to do a lot of work with the electronics, which is normal, and put the bike in the right area for me.

“It seems that wherever they’ve got the bike at the minute it’s very strange for me. So, I need to change a lot the bike, then we’ll see if I can keep improving and go faster.

“First thing is to get fit and healthy, and then we’ll see.”

Comparing the Ducati with the Honda he previously rode, Camier added: “Chassis is very different, very stiff on the Ducati. A lot more nervous feeling, a bit more race bike feeling [than the Honda], if you like.

“The bike uses a lot of electronics, there’s a lot of work going on with the electronics which I need to understand how this works to get the best from this.

“At the minute it’s really difficult to say until I get a firm understanding of what’s doing what, at the minute I don’t have any understanding. Then we’ll have more of an idea of what we need to work on.

“It’ll take some time to learn, but then we should be able to make some progress.”

Despite not setting any representative laptimes and feeling “very weak” on the bike, Camier believes his outing at Portimao on Monday was “100 percent a benefit” to him. 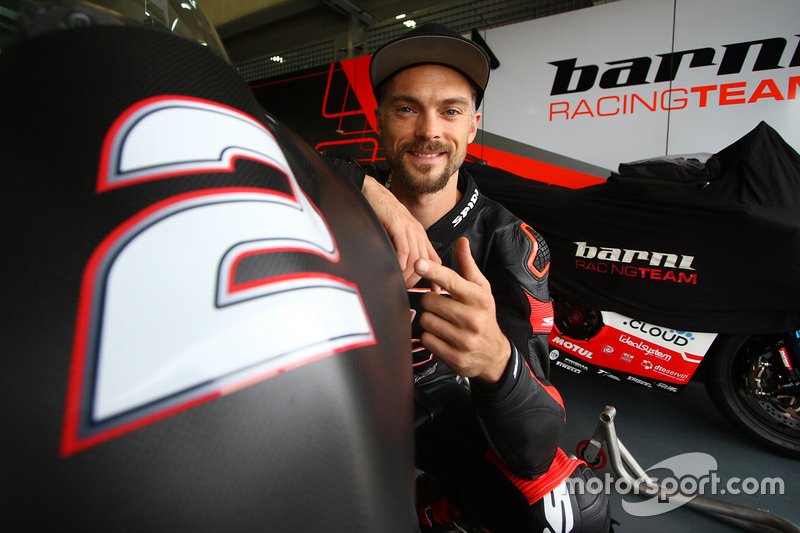