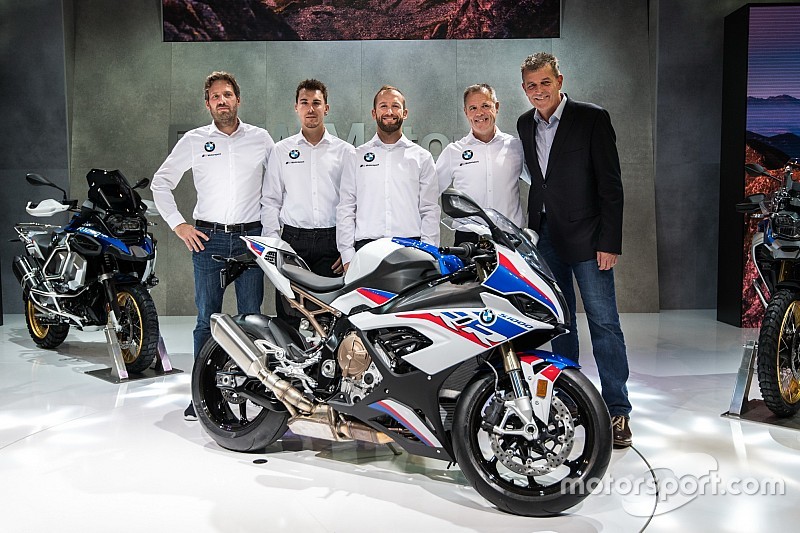 SMR fielded customer BMWs in its first season in WSBK in 2016 for Karel Abraham and Josh Brookes, but switched to Aprilia machinery for 2017 when the Noale marque returned to the series as a works entity.

However, Aprilia's involvement past this year has been in doubt for some time, with Muir opting to return to BMW machinery as the German marque returns to WSBK with factory involvement for the first time since 2013.

Sykes announced his departure from Kawasaki earlier in the year, and had been linked with a switch to SMR as well as Ten Kate Honda and the GRT Yamaha team.

He finished fourth in the standings having won just once this year, and his place at KRT alongside four-time champion Jonathan Rea will be taken by British Superbike title-winner Leon Haslam.

European Superstock 1000 champion Reiterberger raced in WSBK in 2016 with Althea BMW, but left the team at the start of 2017 to allow himself time to recover from a back injury sustained in a heavy crash at Misano the previous year.

With Sykes and Reiterberger now confirmed at SMR, both its incumbent riders Eugene Laverty and Lorenzo Savadori have been forced out of the British squad.

Laverty was seen in the MotoGP paddock in Sepang last weekend as he weighs up options for 2019.

Meanwhile, Marco Melandri has emerged as favourite to join World Supersport champion Sandro Cortese at the GRT Yamaha team, which is poised to step up to WSBK in 2019.

Former British Superbike champion and current Japan Superbike racer Ryuichi Kiyonari has been linked with the vacant seat at Honda alongside Leon Camier.