The 2013 world champion followed that up with third place in the day's second race, held on a completely dry track, narrowly holding off the Ducati of Scott Redding as van der Mark finished behind the pair in fifth.

Those successes mark the first top-three results for the M1000RR, a major evolution of the old BMW S1000RR introduced for this year.

A visibly ecstatic Sykes told Eurosport: "The team deserve that, I think I do. We put in some hours, we came away from the Navarra test with some information, we went back to some basics here.

"I took a bit of a gamble in that race with the softer tyre [SCX compound] which we hadn’t used, but considering Toprak [Razgatlioglu]’s performance [on Saturday]… they reckon if you can’t beat ‘em, join ‘em, so I joined ‘em, but after four laps I wish I bloody hadn’t had done!

"Physically it was one of the most challenging races I’ve had in a long time. Just no grip, couldn’t get it through the fast bits. Luckily, we found some traction and Scott was keeping me honest and I just kept it, no mistakes." 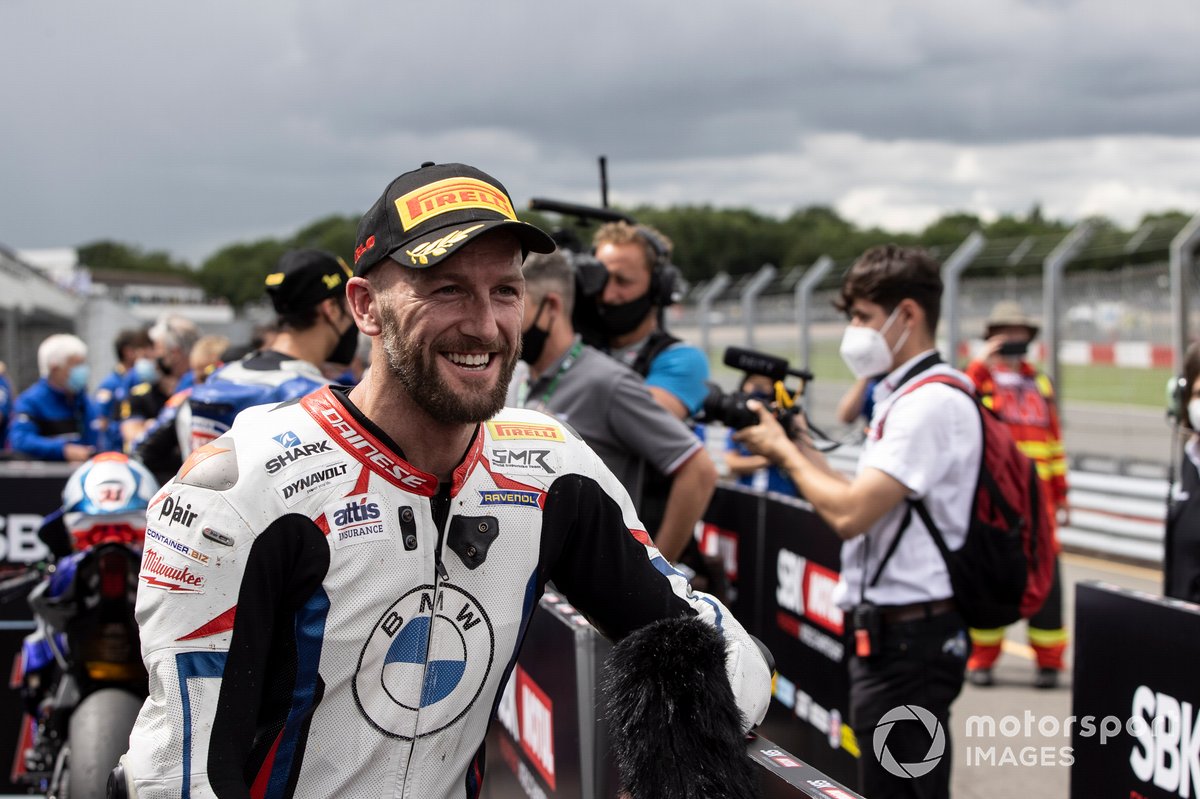 He added: "Front row in the wet [in qualifying], podium in the tricky conditions and now [another podium] in the dry with probably not our best rear tyre option, good strong fight there.

He added he was happy the team could recover from a "disaster" outing at Misano, where Sykes could only a manage a best finish of seventh.

"I’m pleased for Tom, he’s up against it now with Mikey [van der Mark] riding right behind him, and equally, I felt more reward in that final race than the sprint race, because it was proper [dry] conditions," Muir told Eurosport.

"He absolutely dug in. Scott was coming and I thought we were gonna drop to fourth. Very happy, the team has worked so hard. Aragon went well, Estoril wasn’t bad, but Misano was really poor. We knew we had to step our game up, which we did.

"Going to Assen, we know this bike will work there as well, and Mikey has home track advantage. I think he’ll be vying for the podium for the get-go."