Tom Sykes says he was "quite impressed" after testing the all-new BMW World Superbike challenger he will race next year for the first time in Almeria in this week.

After eight seasons at Kawasaki, 2013 WSBK champion Sykes has switched to the revived factory BMW squad, which will be run by Shaun Muir Racing, for the 2019 season.

Both he and new teammate Markus Reiterberger were able to sample their new S 1000 RR bikes for the first time this week in a two-day test at the Almeria circuit in Southern Spain, having previously tried the Superstock version at BMW-owned test track Miramas in France last month.

BMW Motorrad Motorsport director Marc Bongers described the test as a "shakedown" and stressed that the "bike is still pretty much in its infancy", but Sykes said he was "really happy" with his first taste of the new machine.

“I am very happy with the test," commented Sykes. "Of course, it’s still early days and there is still a lot of things to come our way but like this I was very happy with my feeling for my BMW S 1000 RR. The general feedback was good.

"We certainly had two very productive days testing, we changed quite some parameters on the bike and really understood some key areas to work with. It was a very positive two-day test for me and I was really happy and quite impressed with the end result.

"It was the first time in that new environment, the whole team working with each other and the engineers from BMW Motorrad Motorsport. So it was a new experience for everybody and soon everybody was working together like clockwork.

"It seems that we are progressing very fast and I got a good feeling within the environment in the BMW Motorrad WorldSBK Team.”

Team boss Shaun Muir revealed both Sykes and Reiterberger completed "almost 100 laps each over the two days without any major issues."

He added: "We worked our way through a very detailed test schedule. The key points for me were that the team are working together very well and that the comprehensive test of parts and material went very positively.

"We have a good base-setting for both riders and a good direction to go to Jerez. So overall we are very happy.”

Having skipped the end-of-season group tests at Aragon and Jerez, Sykes and Reiterberger are set to join the rest of the 2019 WSBK field at Jerez for the next test on January 23-24. 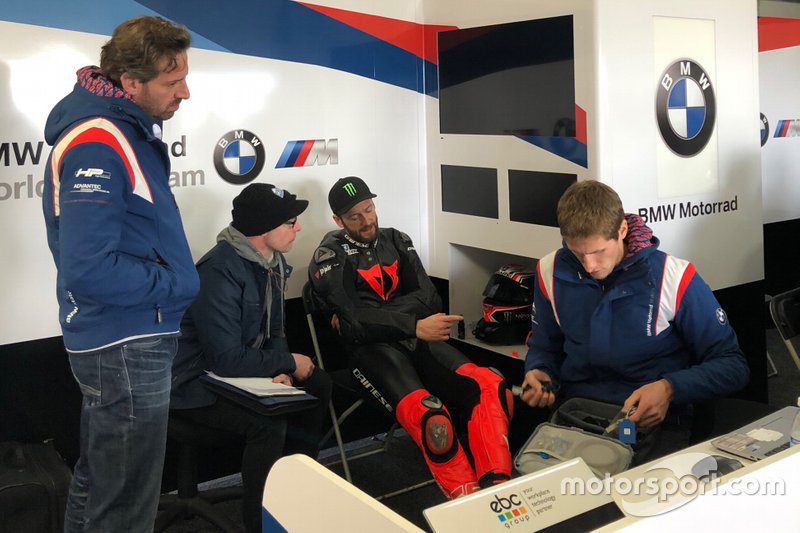 Bautista the only rider who can beat Rea - Fogarty

Redding "mad with myself" after latest crash at Portimao