Kawasaki World Superbike rider Tom Sykes has suffered an ankle injury in a training incident, and will miss this week's two-day test at Portimao as a result. 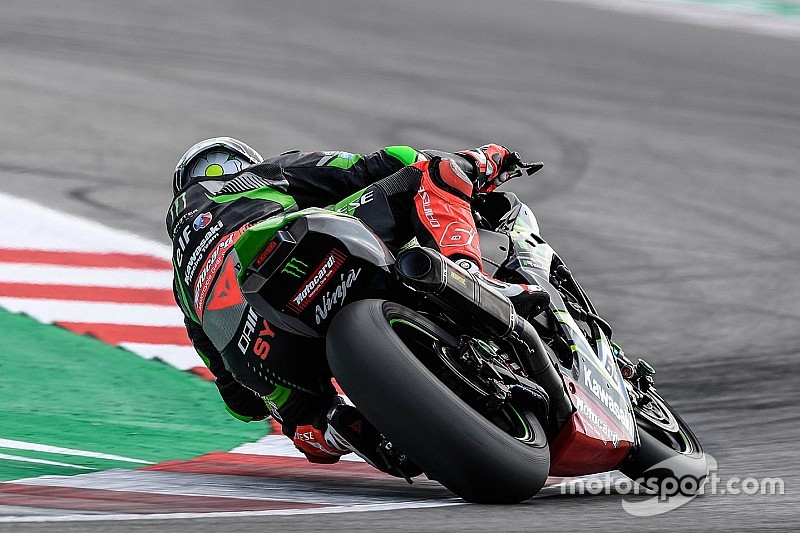 Sykes was training in Britain earlier in the month during the WSBK summer break when had the incident, and was diagnosed with a rupture of the anterior fibular talus ligament and bone delamination of the insertion of the ligament in the fibula bone.

With three weeks until the 2018 season resumes in Portugal on September 14, Sykes hopes to be fit to compete.

As a result of his injury, Sykes will miss this week's in-season test at Portimao, running from August 23 to 24.

“It is a shame to miss this test because we have had a big gap in the season,” said Sykes. “I have been doing a lot of fitness training during the break and the results were very good.

“I was feeling very strong. But with this injury I am going to have to sit out the test, as I do now want to push it.

“It is a shame because Marcel [Duinker, crew chief] and the boys had a good programme for the tests, so that we could finish the season strongly.

“We were going to play with the package because we would have a lot of track time to do so. The focus now is to try and be fit for the next race.”

Sykes confirmed last month he would be leaving KRT at the end of this season, with British Superbike series leader Leon Haslam taking his place alongside Jonathan Rea.

At present, Sykes' future remains uncertain. The 2013 WSBK champion has been linked to Ten Kate Honda, Shaun Muir Racing and the GRT Yamaha team, which is expected to join the grid next year.