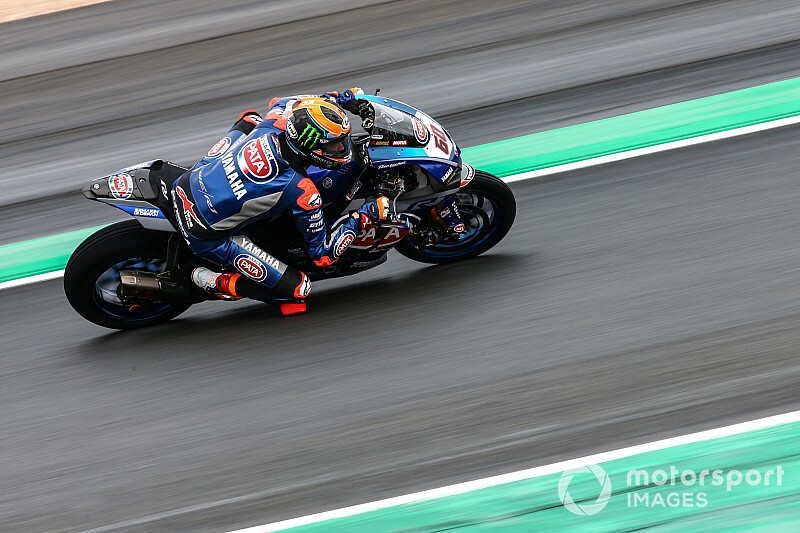 The Magny-Cours circuit was damp for the first 50-minute session of the day, in which both Rea and Bautista crashed within 10 minutes of each other.

Bautista – who was confirmed earlier this week as a Honda rider for the 2020 season – lost the rear at the first corner on his first flying lap, with Kawasaki’s Rea sliding off at Turn 13 not long after.

With the rain growing heavier in the afternoon, the best laps of the day were set in the first session, with van der Mark making the most of the improving conditions towards the end of the 50 minutes to seal top spot on combined times with a 1m51.852s.

He was trailed by the factory Kawasaki of Leon Haslam, while Marco Melandri (GRT Yamaha) headed Leandro Mercado (Orelac Kawasaki) and home hero Loris Baz on the Ten Kate Yamaha.

Bautista ended up 13th on the Ducati with a 1m54.091s, while Rea got back out soon after his Turn 12 spill to go seventh-fastest.

Rea comes into the 11th round of the season facing his first chance to securing a record fifth-straight WSBK title, which he will do if he outscores Bautista by 34 points this weekend.

The KRT rider showed no signs of his crash in FP1 knocking his confidence, as he immediately took over at the top of the FP2 times in soaking conditions when he took to the track with 25 minutes remaining.

His first flying lap put him seven tenths out of reach, with a series of session-best efforts culminating in a 1m54.548s with 16 minutes remaining putting him well over a second ahead of the field.

This was reduced to just over two tenths by BMW’s Tom Sykes – who was a lowly 18th in FP1 – but Rea’s time stood as the best of FP2, while Haslam completed the top three.

The top five in FP2 was completed by Honda’s Ryuichi Kiyonari and Baz, who did sit atop the individual session timesheets for some time.

GRT’s Sandro Cortese, who was 16th overall, was the only faller in FP2, the German rider coming off at the slow Adelaide Hairpin at Turn 5.