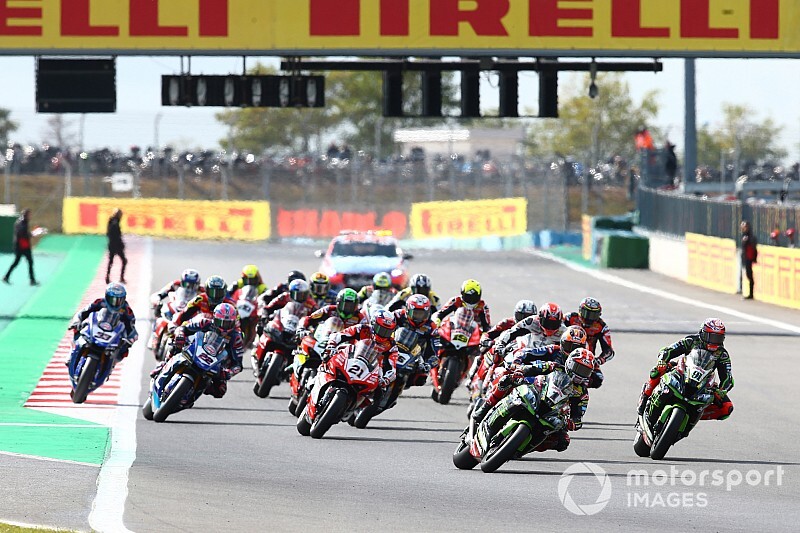 World Superbike has issued a provisional entry list for the 2020 season ahead of this week's first pre-season test.

The entry list features 20 riders and two 'TBA's, with Pedercini Racing and Team MIE still yet to confirm their riders for the upcoming campaign.

Satellite Kawasaki outfit Pedercini had already named Jordi Torres and Lorenzo Savadori as its 2020 riders, but the entry list suggests the team will field only a solo ZX-10RR.

This appears likely to go to Torres, as Savadori is instead set to join the Aprilia MotoGP squad for Sepang pre-season testing in the wake of reported sponsorship problems for Pedercini.

Honda has also still yet to name a teammate for Takumi Takahashi at MIE Racing, the second-string squad to its newly-reorganised factory effort, currently named simply 'Team HRC'.

Elsewhere, the entry list effectively confirms Loris Baz's return at Ten Kate Yamaha. The Dutch outfit however had been trying to assemble a two-bike line-up for 2020.

Another French rider, Sylvain Barrier, is also listed for the Brixx Performance team after making a pair of wildcard appearances towards the end of the 2019 season.

The addition of Barrier brings the total number of Ducati riders to six, making the Italian marque the best represented on the 2020 grid ahead of Kawasaki and Yamaha (both five). Four Hondas and two BMWs complete the entry.

This week's two-day Jerez test commences on Wednesday, and will be followed by another two days of running at Portimao on January 26-27.

One final test will take place at Phillip Island on February 24-25 before the season opener at the popular Australian venue on February 28-March 1.