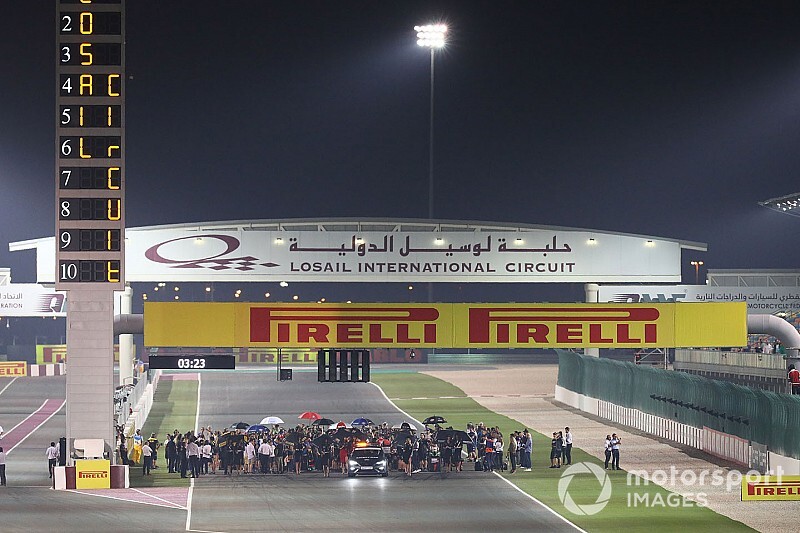 The last race of the 2018 World Superbike season has been cancelled on safety grounds, as a result of a massive storm creating dangerous track conditions.

The decision means Kawasaki ace Jonathan Rea ends the season with a 189-point advantage, cementing his 2018 title as the most dominant of his four so far after the Northern Irishman finished the year with 11 consecutive wins.

Due to adverse weather conditions, the Sunday programme - which involved a warm-up session and a race each for WSBK and World Supersport - was put on hold.

It was then decided the schedule would go ahead with a 45-minute delay.

The two warm-up sessions and the World Supersport race, in which Sandro Cortese beat Jules Cluzel to the title, were held.

However, with wet lines still running across the track, the Superbike finale was called off as, unlike in Supersport, no cut slick tyres are available in the series.

Behind Rea, Ducati rider Chaz Davies takes the runner-up spot, the race cancellation denying Yamaha's Michael van der Mark whatever small chance he had of overhauling his 23-point deficit to the Welshman.