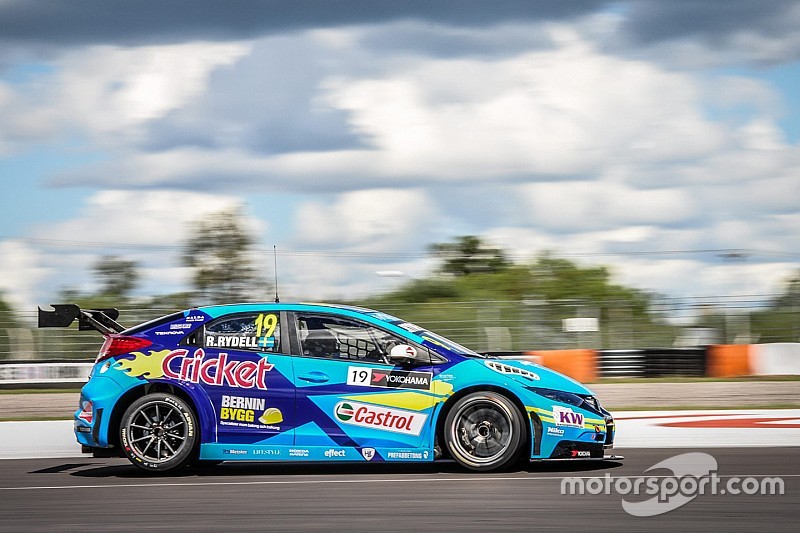 The original plan for the 25-year-old was to take over Proteam's unused Honda Civic, but that fell through after the team withdrew from the championship.

"I am really, really happy about this opportunity and I can't wait to get started. I have a lot to learn about the car, the tracks and the championship so I will be taking things step-by-step," said Girolami.

Girolami, who won last year's Super TC 2000 Championship with Peugeot, will drive the Slovakian and Portuguese rounds of the 2015 WTCC.

The Argentinean tested the factory Lada Vesta the week following the Hungarian round of the WTCC, testing alongside current drivers Rob Huff and Jaap van Lagen, and immediately impressed team principal Viktor Shapovalov.

Rydell scored points on his WTCC return in Argentina back in March, before he was sidelined for three races due to a case of thyroiditis, returning to the grid last weekend, where he finished just outside the points at the Moscow Raceway.

"As good as it was to get back in the car in Russia last weekend, this decision was made before my return and I fully support it," he said.

"I have missed three rounds this year and there is very little we can achieve in terms of the championship, so this will have no effect as far as that is concerned. On the contrary, this will benefit us in the longer term as we explore ways for the team to grow.

"I would like to welcome Nestor to the team and there is no doubt that he will do a good job for us. I will be back in France and for the final rounds."

Proteam will not return to the WTCC this year