Jose Maria Lopez: Honda will be a tough year-long opponent 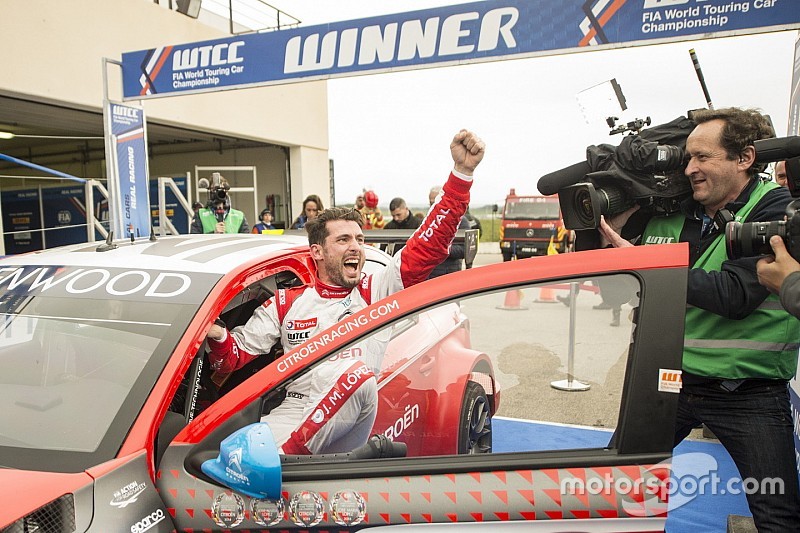 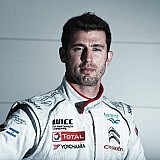 In his first of a new series of columns for Motorsport.com, reigning WTCC champion Jose Maria Lopez looks back on a tough but successful opening weekend of the 2016 season at Paul Ricard.

I hate to say it, but my suspicions ahead of the opening round were not unfounded. Our competitors are very, very close and the rest of the championship will have to be managed very carefully if we want take the win like we did the last two years.

Nevertheless, I can be satisfied with this weekend, 'cause we've had 80kg of ballast and I wasn't sure I could fight for the victory. Instead we've taken the pole, victory and a sixth place - good results for us. This year, we can't afford to let any points escape our grasp.

Before the race, we had some ideas about our level compared to the others. The simulations and calculations we made showed Honda being very close to us - but we didn't know how close. The only thing we knew is that they had worked very well in the winter.

Well, now we have seen Honda's true pace and that's why I was really enjoying the pole position. 80kg of ballast at a circuit like Paul Ricard are worth one second.

Everybody asked me if being 20kg heavier than last year really made all the difference. And I replied that I had indeed felt it - but it was far from the only difference. After all, in the first race last year, we all at 60kg. Then in the rest of the season, slower machines have gradually lost this ballast.

This year, we started at 80kg and the others started at nothing. There was a huge difference in weight between cars - too big, in my opinion. That is why we welcomed these results with great satisfaction - it meant that, at Citroen, we again did a great job.

The first race this year started with the reversed grid. I was behind Yvan Muller and, when the traffic light was still red, he moved slightly. This distracted me and I lost concentration.

As a result, it wasn't a great getaway - but I did not fret and, after avoiding the accidents up ahead, I thought how I should go about the comeback. However, I soon noticed the Honda, especially Tiago Monteiro, were really fast, while we were already struggling with the tyres. This kept me further back than I would have liked, so sixth place was a satisfactory result.

In the second race I knew I had to make a perfect start if I wanted to keep the others behind - and I succeeded. Then I saw that, behind, Yvan held up the Hondas for a few laps and this certainly helped me.

I built up a three-second margin that gave me the opportunity to manage my tyres. But in the last five laps, the tyres were basically finished - and it was very tough to keep Tiago at bay.

I don't know how it would have been if my teammate had not slowed the Portuguese, but it definitely would have been a lot harder - because he was faster on by four or five tenths per lap on average.

Slovakia will be tougher

I am not at all surprised by Honda. I have a few years of experience and I can see when a team does the right things to grow and improve.

Having said that, I must say that our C-Elysee has gotten better as well - otherwise, it would not have been possible to to celebrate a victory and leave the track with the championship lead.

We know that we must continue to work and, in fact, the Monday after the race, we immediately went to Paris to prepare for the next round.

Slovakia, I believe, will be even tougher for us because the track is longer and has more acceleration at low speeds. In addition, with its ups and downs, it is very picky with the tyres. There, I guess, we'll have to focus on limiting the damage - because the Honda and others are still at zero ballast.

In Hungary, however, the scenario could change because weight will be added to the Hondas - and I think it will be a fair bit.

My approach? It won't change. As in previous years, I'll strive to do the best I can, trying not to throw away points in any race.

The Paul Ricard race also marked the debut of the new MAC3 format. If we have to improve the show, so be it - because I am as big a motor racing fan as anyone, and I want to see the show on the track at all times.

We know that our sport suffers from the disillusionment from the fans. And as we saw with F1 and with the elimination qualification system that later proved to be a failure, attempts born with the intention of re-engaging the fans might not always work.

But if MAC3 does work, it's very welcome - as are all things that serve the good of motorsport.