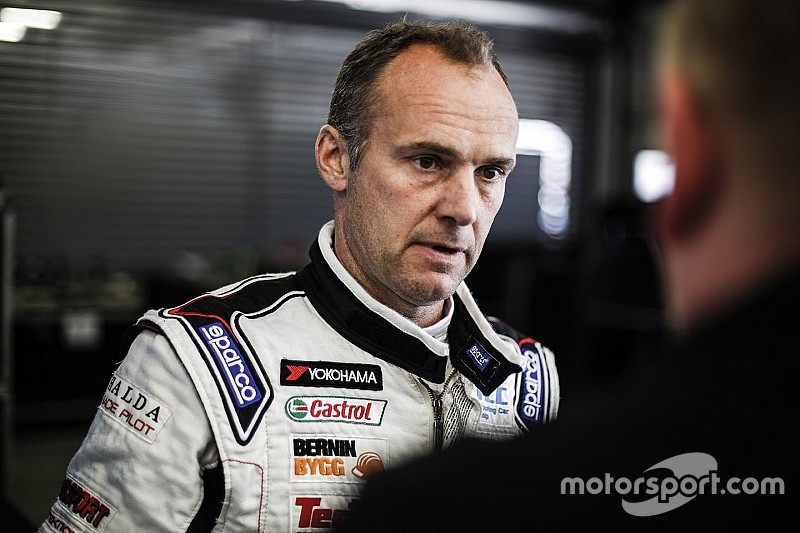 The 48-year-old Swede will instead focus this year on mentoring GP2 driver Gustav Malja, as well as his TV commentary role with Swedish channel Viasat.

Rydell's name first became widely known when he competed in British Formula 3 with Eddie Jordan in 1989, finishing fourth in the series and also earning pole at Macau and third in Monaco.

In 1994 Rydell, returned to Europe to race for the new TWR Volvo outfit in the BTCC. He enjoyed a six-year stint with the team, winning the title in 1998. That year he also won at Bathurst with Jim Richards.

After a spell in GT racing with Prodrive from 2005 he focussed on the WTCC with SEAT, although he also found time to win the GT1 class at Le Mans 24 Hours in 2007, finishing fifth overall for Aston Martin with David Brabham and Darren Turner.

His most notable recent success was winning the 2011 Swedish touring car with Chevrolet, after which he has made only sporadic WTCC appearances - most recently in a NIKA Honda Civic last year.

“I have decided to not compete in 2016 and this also means I’m retiring from racing,” said Rydell.

“I will support Gustav Malja on the sporting side in areas like contact with the team, and help him develop as a driver both on and off the track. Hopefully, my experience will help him fulfil his potential.

“I have been working on and off with Viasat Motor since 2010 and I’m looking forward to team up with them again.

"The focus is primarily on the GP2 Series, where I will be the expert commentator alongside Janne Blomqvist.

"With my experience I can contribute with a driver’s perspective on what happens in the race, and this is something I enjoy doing.”

Reflecting on his career, he added: “I was a works driver for 20 consecutive years, and I’m very privileged and proud to have represented brands like Toyota, Volvo, Seat and Aston Martin in major championships and races.

"It was also fun to come home to Sweden and STCC after 21 seasons of international racing. It’s been fantastic years as a driver.

"Now I can look forward to other projects and roles both inside and outside motor sport!”