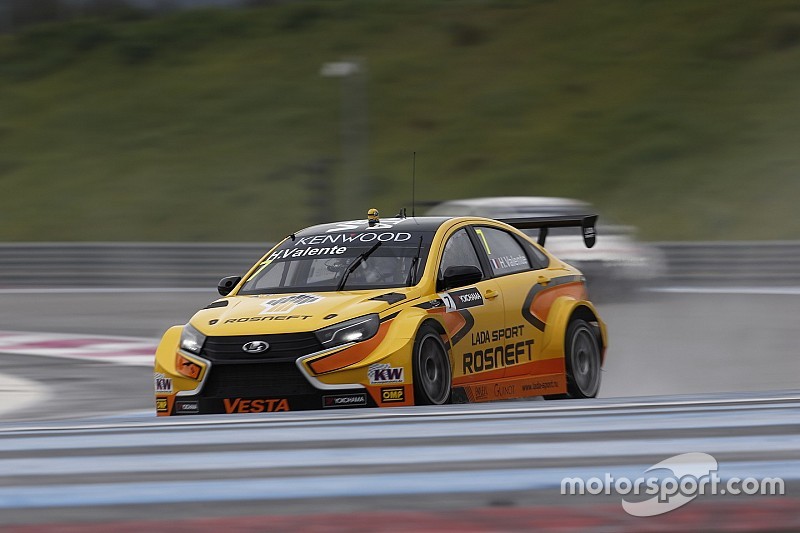 Polestar Cyan Racing’s Thed Bjork has had his sixth fastest time from qualifying wiped out after his Volvo S60 TC1 failed the ride height test in scrutineering, sending the Swede to the back of the grid for both races.

The removal of Bjork from the qualifying results changes the order for the first race of the day tomorrow.

Honda’s Rob Huff effectively demoted to second as he’s now classified as ninth in the combined qualifying results, and with Lada’s Hugo Valente promoted to pole position for the opening race.

“We checked it in Q1 and it was OK when I went in, but something happened afterwards and we don’t know,” said Bjork.

“I don’t think I went over anything, so we don’t know, but the pace from free practice shows we are there.”

The Swede will now start 16th on the grid for both races tomorrow, while team-mate Fredrick Ekblom will start third and eighth for the two races, after his car was cleared.

“I was looking forward to starting fifth and sixth and starting in the pack, but now I have to start from the back and have a race from there,” added Bjork.