The start of the 2011 FIA World Touring Car Championship is just one week away.

Curitiba Hosts The Opening Round

The series' seventh season will get underway once again at Curitiba, Brazil.

This will be the sixth time the 3.7 km circuit has hosted the WTCC. The championship visited Curitiba for the first time in July 2006; a crowd of 34,000 attended the races that were won by Jordi Gene (SEAT Leon) and Andy Priaulx (BMW 320si).

From 2007 the Brazilian event was moved to March and given the honour of opening the season. BMW Team Germany fellow drivers Jorg Muller and local boy Augusto Farfus shared victories and the attendance was even larger, with 45,000 spectators.

In the latest years (2008, 2009 and 2010) Yvan Muller and Gabriele Tarquini dominated the field, winning Race 1 and Race 2 respectively for three consecutive times. Five of those six victories were for SEAT, while Muller's won for Chevrolet in 2010.

The seventh season of WTCC kicks off next week at Curitiba, Brazil

O'Young And Taniguchi Stay At Bamboo

Bamboo-engineering announced that their driver line up for the 2011 FIA WTCC will remain unchanged, with Darryl O'Young from Hong Kong and Yukinori Taniguchi from Japan.

In their first season in the series the team came very close to clinching both the Drivers' (with O'Young) and Teams' Yokohama trophies. Taniguchi who joined the team for the last four events in 2010 and clinched a victory in Race 1 at Okayama, is the first Japanese driver to commit for a full season in WTCC. 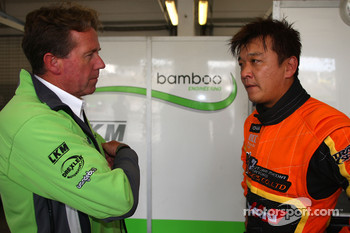 Team Principal Richard Coleman said: "We are obviously delighted that Darryl and Yukinori have resigned with us. The continuity is vital to the development of the team. We were of course disappointed to have just missed out on both Yokohama trophies last year, but to be in that position was a fantastic achievement for us and we are wanting to build on that success this year." The team will start the season with their existing pair of Chevrolet Lacetti cars that will be replaced by the Cruze with the new 1.6L turbocharged engine from the second event at Zolder.

Following the meeting they had last week, WTCC promoter Marcello Lotti and USTCC director Ali Arsham unveiled the first act of cooperation between the two championships.

It was agreed that the winner of the 2011 Nitto US Touring Car Championship will earn a free test at the wheel of a WTCC car with the Italian outfit Proteam Racing.

At the end of the season, the USTCC Champion will travel to one of the scheduled test dates. "Then it's up to him to impress Proteam's staff. We have some amazing drivers in the US and we want to show the world that they can compete at the highest levels," said Ali Arsham. And Marcello Lotti echoed: "I'm very proud of this intiative that fits perfectly in our plans of throwing a bridge between the World Championship and those National Championships that share the same view of what touring car racing is."

Let's see what are the new features of the season that starts in Brazil next week.

There are five rookies among the 21 competitors: Aleksei Dudukalo from Russia, Urs Sonderegger from Switzerland, Marchy Lee from Hong Kong and the two young Spaniards Javier Villa and Pepe Oriola. The last one is the youngest driver ever to join the world championship at the age of 16. Some others are familiar faces who committed to the season for the first time like Robert Dhalgren at the wheel of Polstar Racing's Volvo C30, Fabio Fabiani and Yukinori Taniguchi, the first Japanese to take part in the full championship. 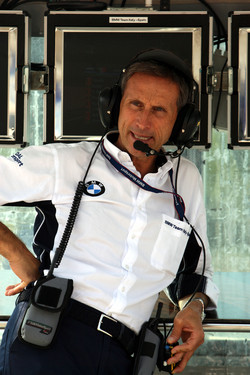 Among the teams, Roberto Ravaglia's ROAL Motorsport make their comeback after a one-year absence. The Italian outfit that run Tom Coronel's BMW had achieved seven WTCC race victories between 2005 and 2009.

Touring car racing and rallies are now significantly closer thanks to the adoption of the Global Engine.

After becoming the common denominator between the FIA World Touring Car and World Rally championships, the new 1.6-litre turbocharged power plant is set to be adopted in national and regional series as well. The new unit for the WTCC cars supplies about 320 bhp, with a significant increase of 30 bhp compared to the 2.0-litre normally aspirated and turbo diesel engines.

However, more than power itself, the new engine's peculiarity will be reliability as in 2011 competitors will be only allowed one engine change during the season and after the ninth event. Further changes will result in grid penalties. From the 2012 season all engine changes will be penalised.

Change Of System For The Reverse Grid

The starting grid for the second race of each championship event is no longer based on the provisional results of the first race, but on the final results of Saturday's Q1 qualifying.

The number of the reversed positions was also increased from eight to ten, matching the number of cars that are allowed to proceed from Q1 to Q2.

The new system is set to prevent drivers from voluntarily losing positions during the first race with the aim to win pole position for the second.

The FIA WTCC is set to visit three racetracks for the first time. The seventh event of the season on July 17th, will take place at Donington Park that becomes the third circuit to host the WTCC Race of the UK, after Silverstone in 2005 and Brands Hatch from 2006 to 2010. The tenth race meeting will be held on October 24th at Suzuka. The WTCC Race of Japan moves to Suzuka's East Circuit after being held at Okayama from 2008 to 2010.

On November 6th the World Championship will pay its first visit to Mainland China, as the Guangdong International Circuit will be home to the WTCC Race of China, eleventh and last-but-one event of the season before the traditional finale on the streets of Macau.

The prize money reserved for the competitors of the WTCC trophies totals to 624,000 euros.

In the Yokohama Trophy 40,000 euros will be awarded at each of the twelve events, meaning 480,000 euros over the season. This prize money will be split among the top six drivers classified by adding together the points obtained in the two races of each event.

An additional 60,000 euros will be allocated in the new Jay-Ten Trophy to the drivers in cars complying with the 2010 Appendix J (2.0-litre normally aspirated and turbo diesel).

And finally 84,000 euros will be at stake again for the Monroe Performer that awards 3,500 euros to the driver setting the fastest lap in the Trophy at each race.

Coronel to stick with ROAL and Chevrolet for 2017