Zengo forced to pull out of Paul Ricard WTCC opener 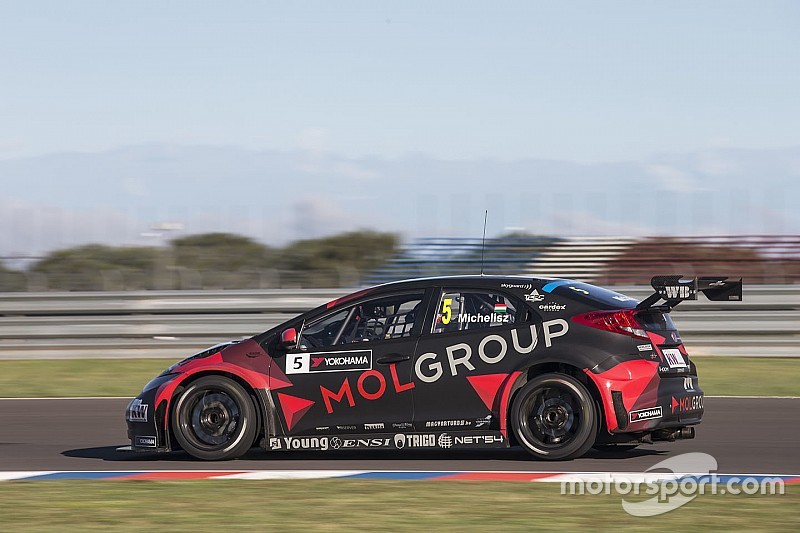 The team was depending on a Mugen engine bought from Nika Racing, as the Hungarian team's entry was too late to receive new engines for this weekend.

Zengo has expanded to two cars for 2016, signing 19-year-old Ferenc Ficza and 17-year-old Daniel Nagy, but both drivers were forced to miss the Friday morning test session with the cars sitting in the garage while talks continued between the team, Honda and Mugen to resolve the issue.

The car which was bought from Nika Racing hasn't been raced since July 2015, when the car ran at the Vila Real street circuit, driven by Argentian Nestor Girolami, and has since been back at the team's base in Katrineholm, Sweden.

"Mugen don’t want to take the risk to run an engine on which they’ve had no control,” said Honda motorsport manager William de Braekeleer. “Mugen wants to provide good quality engines, so they can’t afford to take the risk.”

With the engine Zengo have from Nika ruled out, the second issue is the supply of new engines. With the team’s programme having only just been finalised in the last week, the team were behind schedule in ordering new engines for the season.

“All the private teams were informed at the end of last year that it was Mugen who was going to lease the engine directly to the team and ensure trackside support,” added de Braekeleer.

“And they gave them a deadline to order by in order to prepare the engine. The problem is no team responded, you can’t blame Zengo for getting their sponsors answer very late, but you also can’t blame Mugen, who can’t start to build parts for an engine which hasn’t been ordered.”

Honda will loan Zengo one of its 2016-spec engines so the team can run on Saturday, but the team will not take part on Sunday, reducing the grid for the opening round of the championship to 16 cars after Nika also withdrew its sole entry.

Zengo hopes to be able to field at least one car with an engine being prepared by Mugen at the next round of the championship in two weeks’ time in Slovakia.