Huff and Bennani's VWs written off in Portugal crash

Polesitter Huff and Bennani made contact on the opening lap of Saturday's first race, which sent both into the barriers and triggered a multi-car incident that also required the race to be halted for more than two hours.

Both drivers were taken to hospital and later discharged, with their cars sustaining heavy damage.

The front end of Huff's car absorbed most of his impact, with its engine separating from the chassis, while Bennani's Golf sustained substantial damage down its left side.

SLR withdrew from the weekend as a result and was given permission on Saturday evening to leave the circuit early.

Huff confirmed that both cars were "completely destroyed", and said two new cars would be delivered to the team, which has a technical alliance with Volkswagen Motorsport this season, in time for the next WTCR round at the Slovakia Ring in three weeks' time.

“I feel sorry for the team, as this should have been a sensational weekend for us," he said. "The Golf GTi was absolutely amazing around this track.

"The car was quick, Mehdi was quick and there with us, but it's just one of those things.

"We've just got to put this weekend behind us and look forward now to the next race in Slovakia.

"The cars were completely destroyed, so we have two new cars coming for the next round, but that means a lot more work for the guys to get them ready, so I'll do my best to make sure to repay them for their hard work at the next race."

Huff also thanked Gabriele Tarquini and Yvan Muller for attending to him immediately after the crash.

"I'd like to say a huge thanks to Gabriele Tarquini," added Huff.

"I was very winded after the crash and couldn't get out of my car, and with the engine oil spilling it was on fire, he quickly came over and helped me get out of the car and stayed with me in the few minutes before the medical teams arrived.

"Also thanks to Yvan Muller, who came to help out; it just shows that even though we're all rivals on the track, there's a great camaraderie between us all." 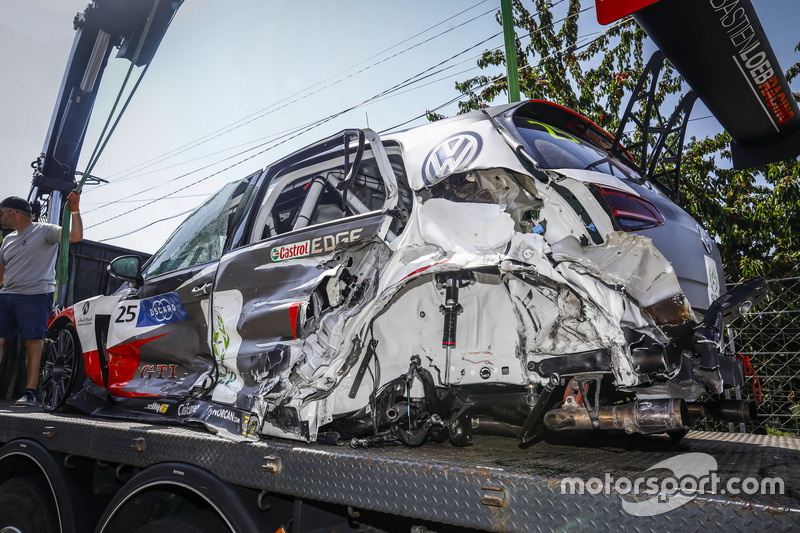