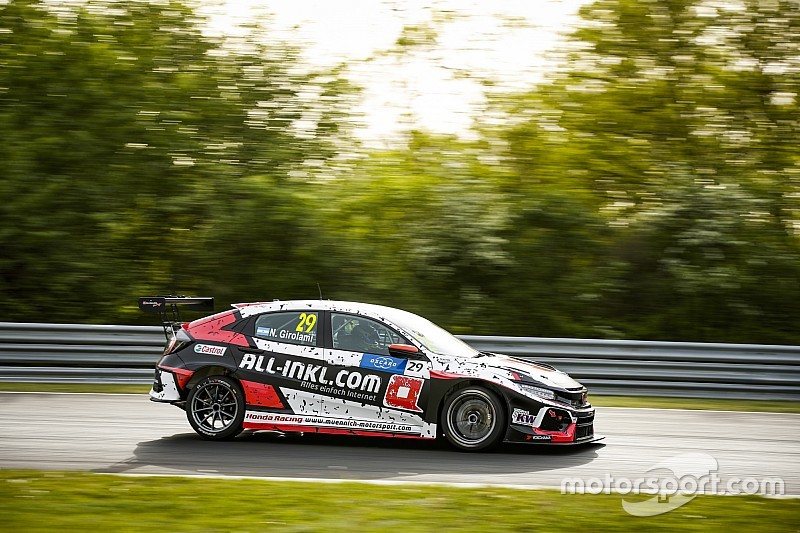 Nestor Girolami converted pole position into victory in the opening World Touring Car Cup race at the Hungaroring, beating the Lynk & Co of Yvan Muller to the win.

Munnich Motorsport Honda driver Girolami held off Muller at the start of the race and maintained the lead from there to claim only his second World Touring Car victory, and first for 18 months.

Girolami launched his Civic Type R well off the line but was quickly forced to move over to the right to block the faster-starting Muller on the run to the first corner.

After that, the Honda's edge in a straight line always made a Muller attack unlikely, and Girolami unchallenged to the finish - with victory promoting him to third in the standings.

Muller's second position was briefly threatened by the second Munnich Motorsport Honda of Esteban Guerrieri, who got close to the Cyan Racing car approaching the first corner on lap 10 of 12.

Guerrieri took a wider approach into the corner than Muller, who took a more defensive apex, which allowed Guerrieri to get alongside the Lynk & Co car on the run to Turn 2.

But Muller resisted Guerrieri by hugging the inside line and, despite the Honda getting close again on the final lap, held on to claim second and his first podium of the season.

Behind Guerrieri, who reclaimed the points lead by finishing third, the battle for fourth was effectively settled by a mid-race altercation between the WRT Audi RS3 LMS of Jean-Karl Vernay and Yann Ehrlacher (Lynk & Co).

Ehrlacher had taken advantage of a Guerrieri move to reclaim third from Aurelien Panis on the opening lap by also working his way past the Comtoyou Cupra, but spent the following laps defending from Panis.

Both had been ahead of Vernay, but he got the jump on Panis and Ehrlacher at the start of lap five, going around the outside of the Lynk & Co at Turn 2.

Ehrlacher positioned himself on the outside line for the Turn 3 right-hander but was hit by Vernay's Audi as the Frenchman went to take the racing line through the corner.

That left Vernay in a clear fourth place - which he held until the finish - but forced Ehrlacher to hobble his car back to the pits with left-rear suspension damage.

Panis was fifth from the Comtoyou Audi of Frederic Vervisch, while Thed Bjork was seventh in his Lynk & Co ahead of the lead Volkswagen Golf GTI of Johan Kristoffersson.

BRC Hyundai pair Augusto Farfus and Norbert Michelisz completed the top 10, though only after Farfus had made contact with the PWR Cupra of Daniel Haglof at the Turn 6/7 chicane.

IndyCar cancels all races through April 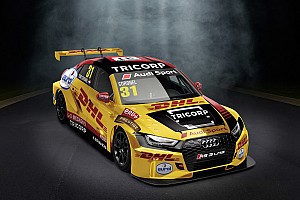