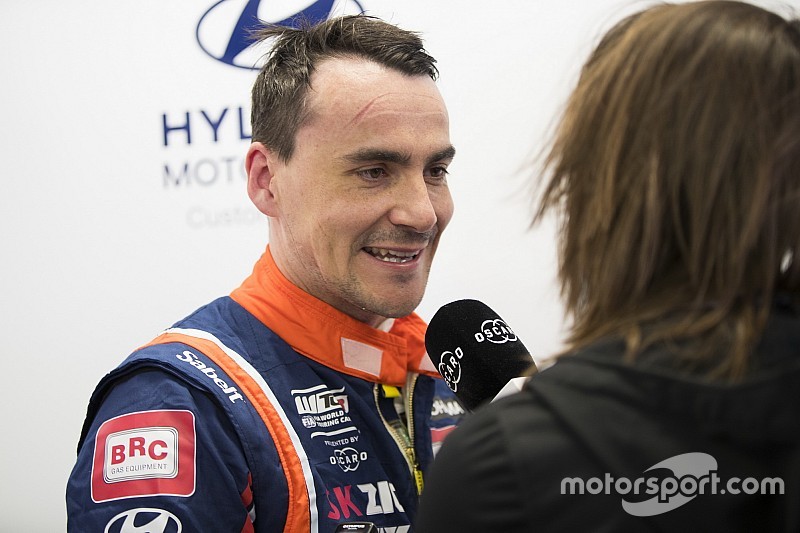 Practice pacesetter Michelisz carrier his form into the first of the weekend's qualifying sessions, which sets the grid for Saturday's first race, recording his TCR pole lap record with his first flying lap.

The BRC Racing driver managed a 1m52.644s in his Hyundai and, despite abandoning a subsequent lap that had been on par with his first effort, still beat nearest challenger Esteban Guerrieri to pole by a quarter of a second.

Benjamin Lessennes was an impressive fifth in his Boutsen Ginion Honda, although the 18-year-old is expected to take a five-place grid drop for failing to adhere to full course yellow directives during the 30-minute session.

He beat the similar Munnich Honda of Yann Ehrlacher, while the Hyundais of Yvan Muller and wildcard entrant Daniel Nagy - the Hungarian, racing for Michelisz's M1RA team, carrying an additional 20 kilograms of ballast as per series regulations - were seventh and eighth.

Rob Huff was the lead representative for any of the Volkswagen Audi Group cars in ninth in his Sebastien Loeb Racing Volkswagen Golf, with fellow Brit James Thompson completing the top 10 in the third Munnich car.

WRT driver Jean-Karl Vernay was 11th in the best of the Audis, but teammate Gordon Shedden's practice struggles carried over into qualifying. He qualified 25th of the 27 runners, 2.679 seconds off the pace.