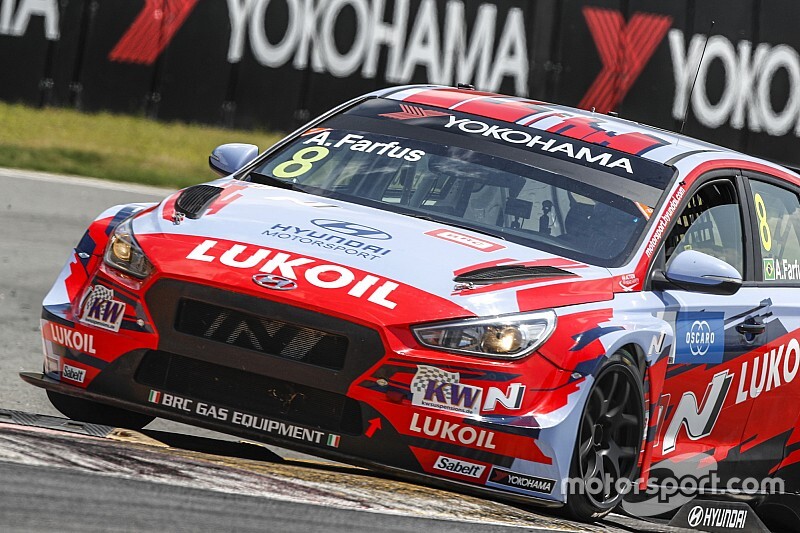 Farfus is the defending GT World Cup winner, and has committed to contesting the race once more for the Schnitzer BMW squad with which he claimed victory last year.

As Macau regulations do not allow a driver to compete in different categories and Farfus agreed to drive the Schnitzer M6 GT3 first, he cannot race for the BRC Racing Hyundai WTCR team he has returned to World Touring Cars with this year.

His Hyundai i30 N will instead be driven by Luca Engstler, the son of former WTCC driver Franz.

"It's painful, to be honest, because it's a track where I perform extremely well and I was very much looking forward to being in Macau in WTCR, but also to help the team and to be part of the WTCR family," said Farfus.

"Unfortunately, not like [at the] Nurburgring where I was allowed to race in both [the 24 Hours and WTCR] in the same weekend, at Macau, due to different codes, it is not possible.

"We did try to find a compromise but unfortunately it was out of my control. It's a one-off [WTCR absence] but I'll be back again."

Farfus is currently 10th in the WTCR points and has two podium finishes to his name. He has won three times in Macau including his 2018 GT triumph, and claimed his most recent World Touring Car win at the street circuit in '09.

Engstler, 19, has claimed the TCR Asia and Malaysia titles driving for his family Team Engstler squad this year and is fifth in TCR Europe, in which he races for the M1RA outfit co-founded by Hyundai's WTCR points leader Norbert Michelisz.

He is also a Hyundai Motorsport Customer Racing junior driver, and contested the Slovakia Ring WTCR round earlier this year as a wildcard - recording two top-10 finishes.

"I'm really happy to have this chance," said Engstler. "Since first driving the Hyundai i30 N TCR last year I have been able to progress to first winning races, and then winning championships with the support of the Hyundai Motorsport Customer Racing department and the junior driver programme.

"It will be a new track for me, and I expect the weekend to be very physical with three races on a very demanding street circuit.

"In such a competitive series as WTCR you need arrive at the start of the weekend completely ready, so I'm using every minute to prepare."

BRC's three other regular drivers - Michelisz, inaugural WTCR champion Gabriele Tarquini, and Nicky Catsburg - will compete as planned at the penultimate round of the season in Macau.

Steve Phelps will "roll up the sleeves" to face NASCAR's challenges