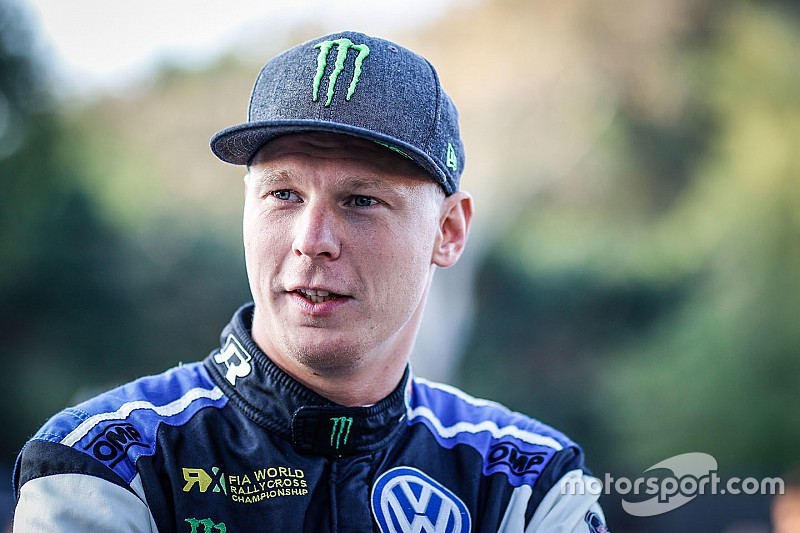 Kristoffersson recently lost his place on the World RX grid at the end of a dominant 2018 campaign - in which he won 11 of the 12 rounds - when his VW-backed PSRX team withdrew from next year's championship amid the uncertainty over the series' direction and the exits of fellow manufacturer programmes from Audi and Peugeot.

SLR is expanding to a four-car line-up of Golf GTI TCRs for the 2019 WTCR season, and will retain Rob Huff and Mehdi Bennani alongside Kristoffersson. Its fourth driver will be announced at a later date.

Kristoffersson used a TCR VW to win this year's Scandinavian Touring Car title in a parallel programme to his World RX campaign.

"I'm very much looking forward to the WTCR," said Kristoffersson. "After four years of rallycross, 2019 will be my first full touring car season on the international stage since 2013.

"Most of the circuits are entirely new territory for me and therefore represent a huge challenge.

"What's more, Sebastien Loeb Racing is an experienced team and I'm delighted to be moving within the Volkswagen family."

Prior to his recent RX successes, 30-year-old Swede Kristoffersson had been a long-time touring car racer and had also won the Superstars series title in 2012 and multiple one-make Porsche championships in Scandinavia.

VW motorsport boss Sven Smeets said the success of WTCR in its first year since the effective merger of the old-style World Touring Car Championship and TCR International had convinced his firm to increase its presence on the grid. SLR's previous two-car line-up was the only full-time VW representation in the series this year.

"The World Touring Car Cup is an excellent platform for the Golf GTI to show off its sporty performance to a global fanbase," said Smeets.

"In addition, the competition is stiff, and this is reason enough for Volkswagen to up its involvement.

"I'm delighted that we will have Rob Huff and Mehdi Bennani on board once again next year in the GTI.

"Together with our rallycross champion Johan Kristoffersson, this makes for a very strong line-up of drivers for us in 2019."

The life of Michael Gagliardo