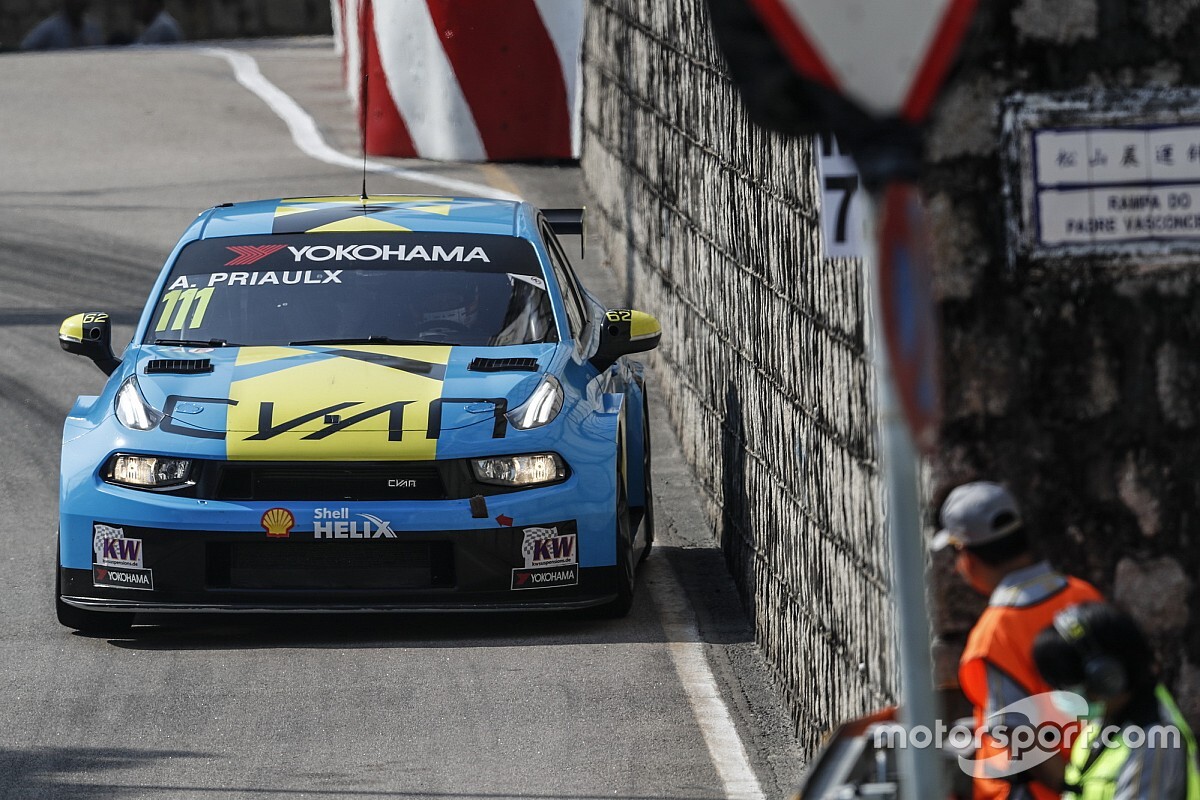 Priaulx, who has two previous Guia Race wins from his BMW World Touring Car Championship spell, set up victory by passing polesitter Huff before the approach to the Reservoir kink at the start of the race.

While Huff's Sebastien Loeb Racing Volkswagen was able to close up in the second and third sectors on the mountain, Priaulx had superior drive off the Melco hairpin each time and was able to gap his compatriot through the final sector in preparation for the long run to Lisboa.

Huff set the fastest lap on the antepenultimate tour in one final bid to close in on Priaulx, but the Cyan Racing Lynk & Co driver went faster still on the following lap.

Huff closed up once more in the third and fourth sectors, but Priaulx held tight to clinch his first World Touring Car win in nine years - also denying Huff a record 10th win in Macau.

Jean-Karl Vernay jostled with Huff and his teammate Johan Kristoffersson at the start, settling into third place at Lisboa in his WRT Audi.

Points leader Norbert Michelisz was 12th in his BRC Racing Hyundai. He now has nine points in hand over Guerrieri, while Muller is two points further back in third.