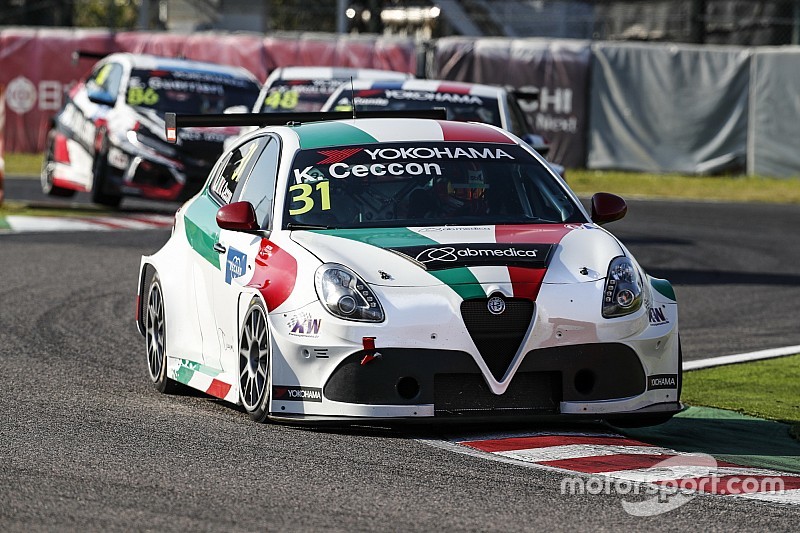 The Team Mulsanne Alfa Romeo outfit has confirmed its commitment to the World Touring Car Cup for the 2019 season.

It struggled at the beginning of 2018 and was the only team not to have scored a point by the midway point of the campaign, which led it to part ways with ex-Formula 1 driver Morbidelli after the Vila Real round in June.

The squad was allowed to alter its suspension in the middle of the season and its form picked up at the following event in Slovakia, at which Giovanardi registered its first points before he and new teammate Kevin Ceccon both scored in that weekend's final race.

Giovanardi would also part company with Team Mulsanne in the week prior to the penultimate round of the season at Suzuka, where single-seater convert Ceccon recorded the team's first victory in the world cup.

It has now affirmed its participation in the series for another season, and will again run two Giuliettas in 2019. New rules for the coming campaign allow a limit of four cars to be entered per competing brand and only two-car teams to be run.

Romeo Ferraris operations manager Michela Cerruti said: "Last winter, the priority was to prepare the customer cars that went to race and to win in America and China.

"This winter, on top of responding to the orders arrived from Japan and Australia, we have continued focusing on the FIA WTCR."

Romeo Ferraris' commitment with its Giulietta means five brands are now committed for the 2019 season.

Hyundai and the Cyan Racing Lynk & Co operation have announced four-driver line-ups, the Sebastien Loeb Racing Volkswagen squad has revealed three of its drivers and Audi announced last November that it would continue to race in the world cup.

Honda entries have not been committed for 2019 but two teams each running two Civics are almost certain to compete. No Cupra or Peugeot entries have been announced so far.