By:
Damien Smith
, Journalist
Listen to this article

Frenchman Vernay, who joined Hyundai from the privateer Romeo Ferraris Alfa Romeo squad, started race two from second on the grid but immediately got the jump on polesitting Honda driver Nestor Girolami. The Argentine pushed Engstler into the pitlane exit in his defence on the run to Turn 1, but failed to stop the German from moving up to second place.

Chaos at Turns 1 and 2 left Gabriele Tarquini, his Hyundai teammate Norbert Michelisz, the Cupras of Mikel Azcona and Rob Huff, plus series debutant Andreas Backman as early casualties. Meanwhile at the head of the field, Engstler shadowed Vernay and then received a radio message from his own family-run team to hold position.

On the final lap, Engstler drafted up to Vernay and pulled up alongside, only to fall back into line and hold station to the flag, an emotional radio message to his team indicating his frustration, despite contributing to the new Elantra N TCR’s winning start in the WTCR.

“At some points I was lucky to have my teammate with me so we could work together,” said a satisfied Vernay, whose victory has earned him an early points lead in the series. “He has fantastic potential.

“I had a little problem with the brakes, but it’s a perfect finish to the weekend and a fantastic start to the season. I’m only focusing on the championship.”

Engstler put a brave face on his obvious disappointment.

“I’m very happy, it’s my first WTCR podium and I worked so hard for this,” he said. “Racing is not always easy and I need to calm down a bit.”

Behind the Hyundais, Girolami held on to third place on the road, despite an investigation into his defence against Engstler at the start.

But his Honda teammate Monteiro had shown a great turn of pace earlier in the morning after dragging up and passing leader Yvan Muller's Lynk & Co in the final moments of the reverse-grid race.

Ex-Formula 1 racer Monteiro started fourth in his Honda Civic Type R TCR, but rose into contention after Tarquini outbraked himself at Turn 1 at the start of lap two as he challenged reigning champion Yann Ehrlacher, who at that stage was running second to his uncle and Lynk & Co stablemate Muller.

On the last lap, Monteiro had the momentum as he chased Muller on the long Dottinger Hohe straight and drafted past to secure his first win on the Nordschleife.

“I tried to be smart,” said the Portuguese. “I was really banged up on the first lap, but I kept my focus and pushed as hard as possible. I saw my opportunity when Gabriele tangled at the first corner. I had a plan and it worked out.”

Muller said he was powerless to stop the Honda sweeping past.

“It was close, but not enough,” he said. “I knew it could happen. Maybe I should have let Yann past earlier in the race because he was faster than me.” 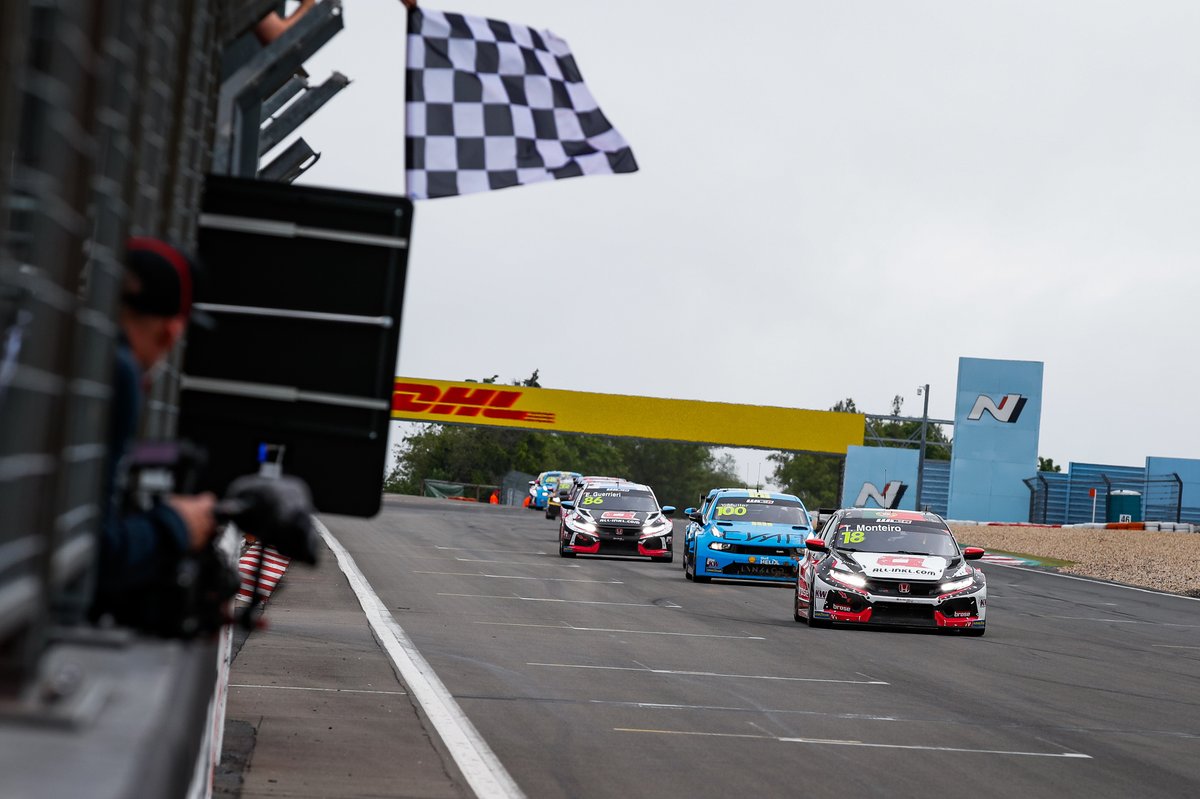 Santiago Urrutia finished third in his Cyan Performance Lynk & Co, ahead of Esteban Guerrieri’s Honda which rose to fourth from eighth on the reverse grid.

But the Argentine was out of luck in race two when his Civic failed to fire from third on the grid. Guerrieri started from the pitlane and served a penalty for receiving outside assistance from a team member as the the field pulled away on the warm-up lap. He recovered to score points in 12th.

WTCR wants Lynk & Co back for 2023 after sudden pullout

There are several drivers who find themselves at new homes for 2023, from race winners to Cup champions and even a couple rookies trying to prove that they belong at NASCAR's top level.

Jake Hughes will partner Rene Rast at the McLaren Formula E team in 2022-23, completing the field as the last driver to be confirmed for the upcoming season.

It’s regarded as one of the classic sportscar venues in the world. Sebring is the venue for round four of the Le Mans Virtual Series — the number one eSports championship for the world’s best simulator and professional race drivers — in association with LEGO® Technic™ and its stunning #51 AF Corse Ferrari 488.