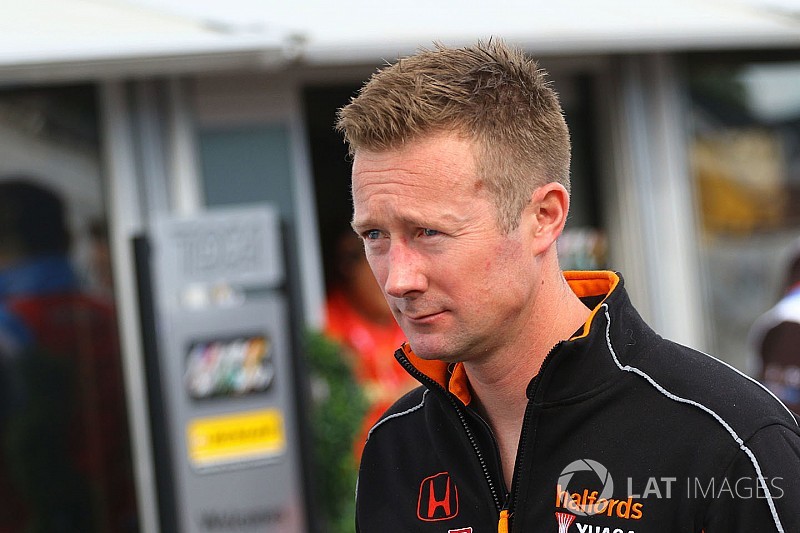 Shedden announced last month he would not contest the 2018 BTCC season, with sources suggesting he could take up a drive in the new WTCR world cup.

The Scot contested the final round of the TCR International Series last year in support of Jean-Karl Vernay's successful title bid, taking pole position at Dubai in a Volkswagen Golf GTi and finishing the opening race in second.

He has now been announced as one of WRT's signings for the 2018 WTCR campaign, and will drive an Audi RS3 LMS in the series this year after the team elected to switch makes over the winter.

“The switch to WTCR was quite unexpected but comes at a perfect time in my career,” confirms Shedden.

“I had a fantastic time in BTCC winning three championships and becoming only the third Scottish driver to win the championship alongside Jim Clark and John Cleland.

"The RS3 saloon is a ‘global’ car, compared to the many ‘hatchbacks’ competing. It has a unique silhouette which makes it instantly recognisable.

"WRT is a very successful team with a long and flourishing partnership with Audi Sport and its customer racing division.

"They’ve won the Spa 24 Hours and the Bathurst 12 Hour in the GT3 category and so for me it was a very logical decision to join."

Shedden will partner Vernay at the squad, who remains with the team for a third successive season.

After switching to Audi machinery for 2018, WRT will receive support from the manufacturer's customer racing branch, while both Shedden and Vernay will have Audi Sport driver status.

Belgian outfit Comtoyou Racing will run four cars in the new WTCR world cup, and has confirmed its third and fourth drivers.

The team, which like WRT will also be supported by Audi customer racing this season, has added Frederic Vervisch and Nathanael Berthon to its line-up.

Vervisch contested eight rounds of the TCR International Series last year with Comtoyou, while former GP2 driver Berthon has raced for the team in the Andros Trophy ice racing series.

Denis Dupont and Aurelien Panis had previously been confirmed by Comtoyou.

Muller and Bjork team up for WTCR assault