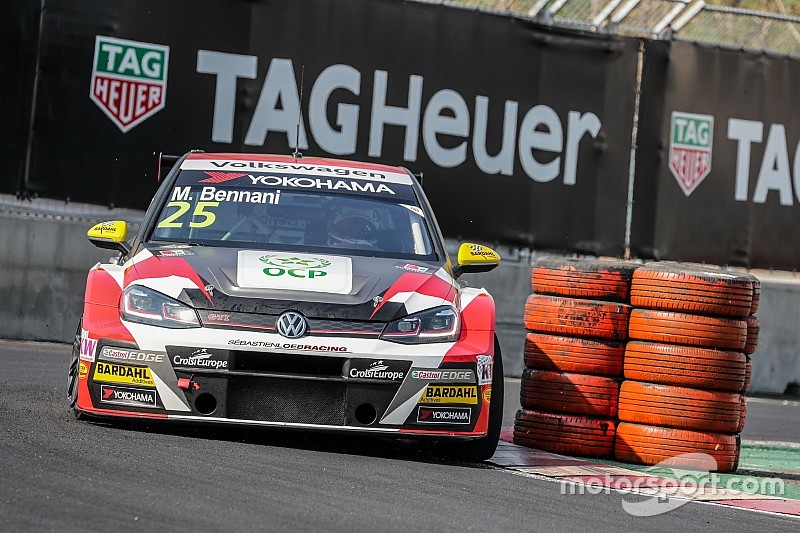 Bennani was gradually reeled in by the DG Sport Peugeot of Aurelien Comte, who passed the Moroccan for the lead on the run to the penultimate corner, only to run wide and hand victory back to Bennani.

The majority of the action came at the start, with SLR Volkswagen driver Bennani surviving an attack from the fast-starting Comte - who passed the Boutsen Ginion Honda of Ma Qing Hua on the run to Turn 1.

Ma was boxed in against the wall on the inside of the left-hander, and his slide back through the pack delayed others behind, resulting in final race polesitter Gordon Shedden being spat out into the wall.

With Shedden able continue - the WRT Audi driver recovering his RS3 LMS to the pits with suspected broken power steering - Bennani scampered clear in the opening laps, extending an early advantage of 2.295 seconds over Comte, who was backing the pack up.

But Comte found a rhythm before the halfway point in the 18-lap race and set about eating into Bennani's lead, getting within half a second of the Golf for the first time with four laps remaining.

Comte was close enough to attempt to pass the leader on the final lap, and engineered his way into first by cutting back off the Turn 10/11 right-left and getting the front of his Peugeot up the inside of Bennani on the back straight.

But Comte then squirmed wide under braking for the penultimate hairpin, allowing Bennani back up the inside to secure victory on the short run through the final corner and over the line.

Comte held on to second over the line after both he and Bennani were caught on the final lap by the lead Comtoyou Audi of Nathanael Berthon, who scored his first WTCR podium.

Berthon had earlier unseated the Campos Racing Cupra of Pepe Oriola from third with a bold move around the outside of the long Turn 9 left-hander, before racing up to the tail of the lead battle.

Ma finished the race in eighth after passing the fourth Comtoyou car of Denis Dupont cleanly three laps from the finish, but is under investigation for a pass on Rob Huff (SLR Volkswagen) at the hairpin that dropped Huff to 11th.

Dupont finished ninth, while Yvan Muller became the first Hyundai driver to score a point all weekend in 10th. 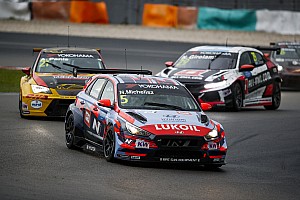