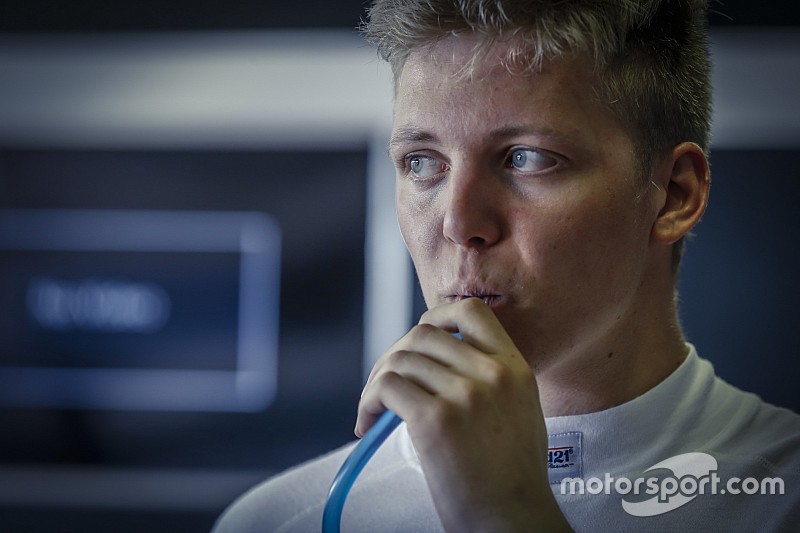 Ehrlacher, the nephew of four-time world champion Yvan Muller, embarked on his second campaign in World Touring Cars in 2018, competing for the Munnich Motorsport Honda Civic outfit in the WTCR world cup.

He had initially been due to drive for Muller's YMR Hyundai outfit, which was operated in 2018 by Cyan and won the teams' title, but budget issues forced him to abandon that plan and join the leading Honda outfit.

Ehrlacher was a surprise star of the early part of the season, and was the only driver aside from WTCR runner-up Muller and eventual champion Gabriele Tarquini to lead the championship at the end of any of the season's 10 rounds.

The 22-year-old ended the season 10th overall - a ranking that belied the pace he displayed on his way to victories at the Hungaroring and Zandvoort in the first half of the season.

In a move that was widely anticipated, he has now been picked by the Cyan Racing outfit that ran Volvo's title-winning World Touring Car Championship programme in 2017, and is the fourth driver announced as part of the squad's 2019 WTCR assault.

"This is a dream come true and I cannot imagine a better team to be in than Cyan Racing," said Ehrlacher.

"I have still a lot to learn and to have Andy, Thed and Yvan as team-mates will enable me to both learn from them and at the same time set a very high target of results.

"While I am the youngest in the team, my ambitions are at least as high as theirs for the 2019 WTCR."

Ehrlacher will test Cyan's Lynk & Co 03 for the first time on Wednesday at Barcelona alongside Muller and Priaulx.

Cyan missed this year's inaugural WTCR world cup campaign, but will join the series from 2019 with a quartet of Lynk & Cos.

The team has not announced how its drivers will be allocated in 2019 - WTCR rules ratified at this month's World Motor Sport Council meeting stipulate no more than four cars can represent each brand and that only two-car teams can compete in the series.