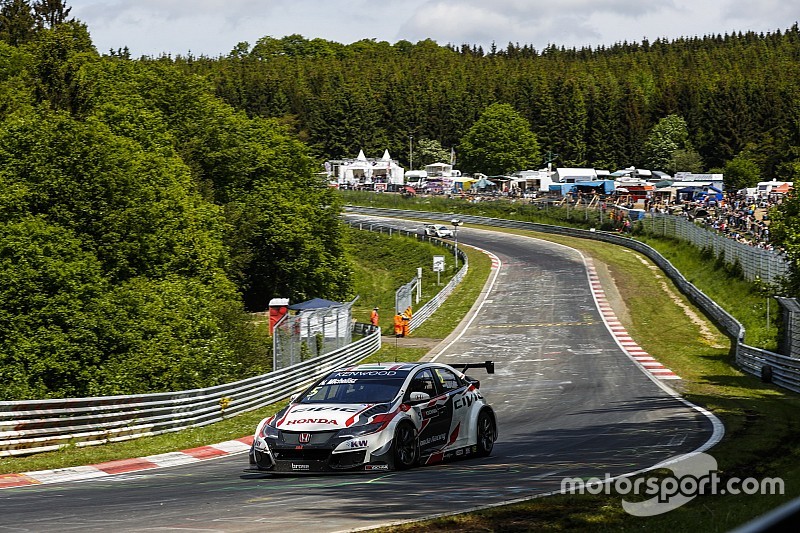 Yokohama has developed a one-off tyre for the Nurburgring Nordschleife WTCR round in reaction to accidents in WTCC races in recent years.

Tiago Monteiro was hospitalised after crashing out of the lead of the reverse-grid WTCC race in 2016 after suffering a tyre failure, and was one of two drivers to suffer a mid-race puncture last year.

Yokohama was forced to defend its tyres in the wake of criticism from the likes of Monteiro and 2012 WTCC champion Rob Huff last year, but has now developed a new compound for the May race on the Nurburgring 24 Hours support bill.

It will be a reinforced, evolution of the current WTCR tyre that was used in the WTCC last year. The mixture itself has not been changed, and its construction is the same, but the new compound should be significantly more durable and therefore safer than the standard tyre.

Yokohama has already tested the Nordschleife tyre during a VLN endurance race, on an Audi RS3 LMS, and Motorsport.com understands the compound provide more grip on the rear axle.

The Japanese firm also suggests the tyre is 'self-regulating' and only develops its optimum performance operating window at a particular tyre pressure.

There will be no separate test with the Nurburgring tyres the before the race weekend, meaning drivers and teams will only have the opportunity to familiarise themselves with the new rubber in practice.