Lime Rock will be the fourth event in the 10-race ALMS season.

BRASELTON, Ga. - Riding a wave of acclaim after being showcased at the 24 Hours of Le Mans, the American Le Mans Series presented by Tequila Patrón season resumes with Saturday’s Northeast Grand Prix at Lime Rock Park.

Now, however, it’s time to get back to the matter at hand – chasing ALMS championships, with Lime Rock the fourth event in the 10-race ALMS season. 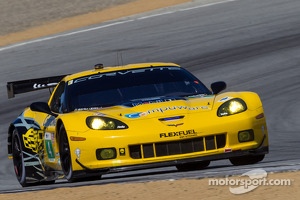 The battles on the tight, 1.5-mile/seven-turn course will start at the top, in the P1 class where reigning co-champions Klaus Graf and Lucas Luhr, co-driving an HPD ARX-03c prototype for Muscle Milk Pickett Racing, lead the 2013 points.

Their chief rivals are Chris Dyson and Guy Smith of Dyson Racing, a team based in nearby Poughkeepsie, N.Y. that will celebrate the 30th anniversary of its first race this weekend.

Dyson and Smith co-drive a Mazda-powered Lola B12/60. Adding intrigue to the class is the second appearance by former IndyCar driver Katherine Legge in the DeltaWing LM12, co-driving with Andy Meyrick.

Muscle Milk is defending P1 champion at Lime Rock, “and we want to keep our streak alive,” Graf said. “Lime Rock will be brutal as always with almost only right hand corners and crazy traffic. Patience and smart racing in traffic will be the key to success."

Ed Brown and Johannes van Overbeek are in the team’s No. 02 entry. Championship leader Scott Tucker is expected to drive both of Level 5 Motorsports’ two HPD ARX-03bs in that class, joining Marino Franchitti in the No. 551 and Ryan Briscoe in the No. 552. 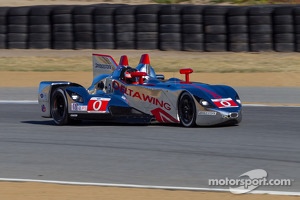 Among the Porsche contingent will be factory driver Patrick Long in the No. 05 CORE autosport Porsche 911 GT3 RSR, who contributed to the Dempsey Del Piero effort at Le Mans. Long’s co-driver is Tom Kimber-Smith, another Le Mans competitor.

The American Le Mans Northeast Grand Prix will be televised live on ESPN2 at 3 p.m. ET on Saturday, July 6 and begins a series of three ALMS races broadcast live – with the Mobil 1 Grand Prix of Mosport airing live on ESPN2 on July 21 and the Orion Energy Systems 245 from Road America on ABC, August 11.