After a good showing in Friday practice, Kumar qualified seventh for the first race as the Suzuki Asian Challenge category returned to ARRC fold after skipping the last round in India.

Straightaway Kumar was on pace taking the lead of the race battling hard with Jefri Tosema, Arsyad Shaharum and Riza Feriyadi, while it was closely bunched up behind.

The fight for win continued for the seven laps with as many as eight riders within a second of each other, with the lead changing on every lap.

Kumar led the way in the final few corners and looked set to take his maiden win, but Tosema came back taking the inside line into the start/finish straight and snatched the win by a mere 0.071s from the Indian. 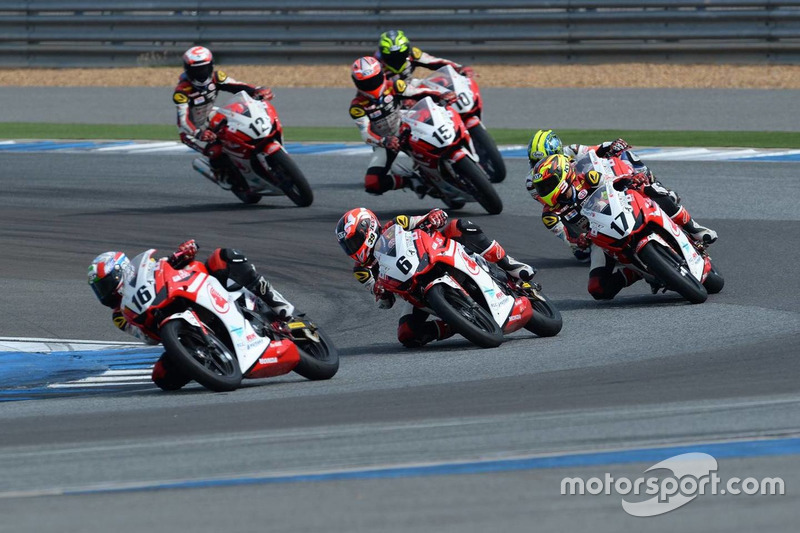 Over in the Asia Dream Cup category, Krishnan made a storming start from 11th in Race 1 to be fourth at the end of the opening lap, among the lead group.

The Chennai-based rider soon found himself leading the race when polesitter Broc Pearson slid off the track taking two other riders with him, on Lap 2.

But soon Krishnan was overtaken by Yassin Gabriel Somma and Muhd Febriansyah with other riders too joining the battle including Sethu, who made up eight places to get into the top five.

In a Moto3-style battle, Krishnan stayed with the lead group as it changed multiple times, but eventually Somma took the win from Hiroki Nakamura by a mere 0.089s, with Febriansyah third.

The top eight were covered under a second, with Krishnan finishing seventh in the end, but was promoted to sixth after a jump start penalty to Koko Tadachi.

Meanwhile, after early progress Sethu dropped behind in the latter half of the race, ending up ninth scoring valuable points.