Reigning BTCC champion Colin Turkington is aiming to break championship records by winning the most titles in the series’ history this year.

The West Surrey Racing BMW driver, a 46-time winner in the category, announced before Autosport International that he would remain in his drive for 2019 and carry the #1 plate.

He has three titles, the same as fellow 2019 racer Matt Neal, and Turkington says he is now aiming even higher.

“But everyone keeps telling me that Andy Rouse is the only one to have won it four times and I just keep thinking ‘wouldn’t five be great?’ If you are the most successful, that is something else. Why not shoot for the moon?

“That would be an amazing feat and that would be the dream, but you need a lot of ingredients to be right for that to happen.”

Turkington said that his path to the 2018 crown means that a repeat victory would be a huge achievement.

He added: “When I look back at my three championships, the last one has been the hardest.

“The level of competition now is so much stronger than it ever has been. Seventeen different race winners shows the strength in depth and anyone can get on the podium. It will be a big job.”

Rouse said he thought Turkington stood a good chance of reaching his benchmark of four titles.

“I do keep an eye on the modern-day BTCC and see these guys creeping up on my records,” said Rouse. “I have had that record for 33 years since my last title in 1985 – and I am pleased it still exists.

“I will be keeping an eye on Colin Turkington. Colin has got time on his side, hasn’t he? He still has got plenty of time left him but he has got to win two more and that is going to be difficult against the current level of competition.” 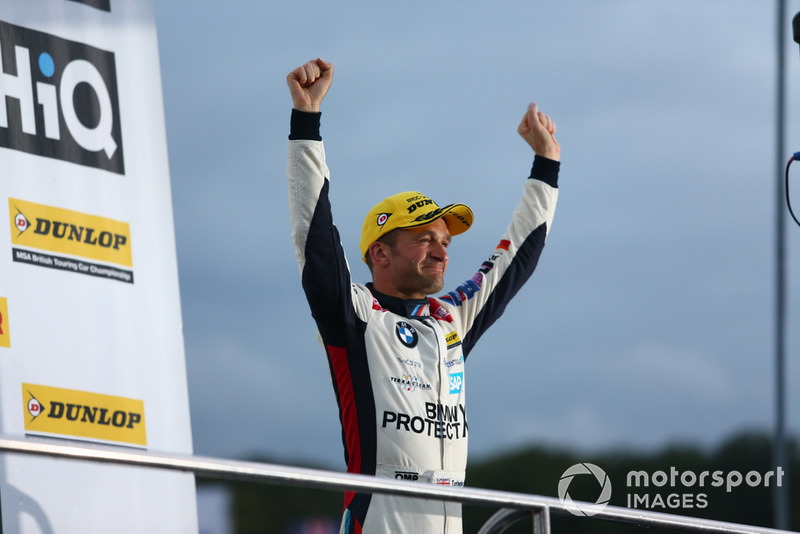