Fernando Alonso says he cannot understand how Nico Hulkenberg got his braking so wrong for the opening corner of the Belgian Grand Prix after their spectacular first corner crash.

Alonso's car was pitched into the back of and over the top of Charles Leclerc's Sauber after Hulkenberg hit him from behind when the Renault driver missed his braking point for the La Source hairpin.

"It's hard to understand how you can miss a braking point that much. You arrive at a speed where it's impossible to negotiate the corner."

Images of Leclerc's car appear to indicate that Alonso's car did strike his halo, and Alonso was keen to praise the safety device.

"The positive side is that we all three are okay, including Charles," he said. "I flew over his car and the halo was a very good thing to have today.

"I think for him it helped, looking at the replay. I was definitely happier that I had the halo. We don't need to prove that it's a good thing to have."

Alonso and Hulkenberg have been summoned to see the stewards after the race to discuss the incident. 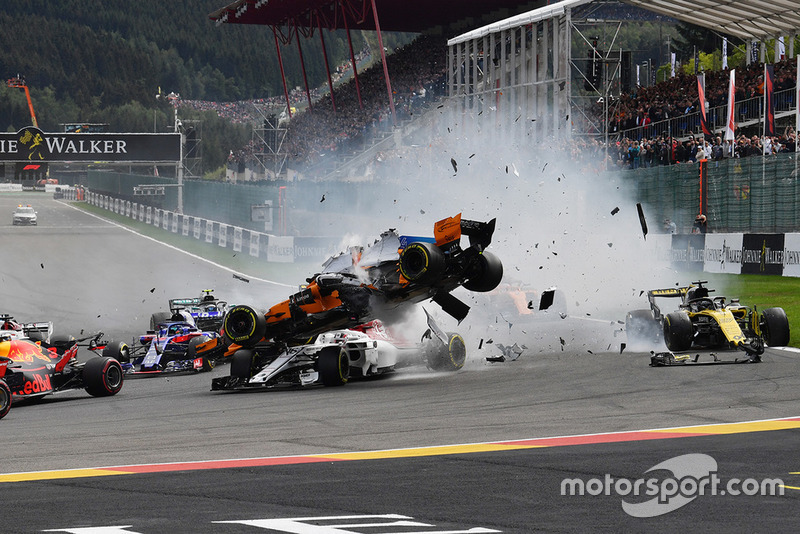