Lewis Hamilton has slammed the 'Halo' closed cockpit concept as the 'worst looking' modification in the history of Formula 1. 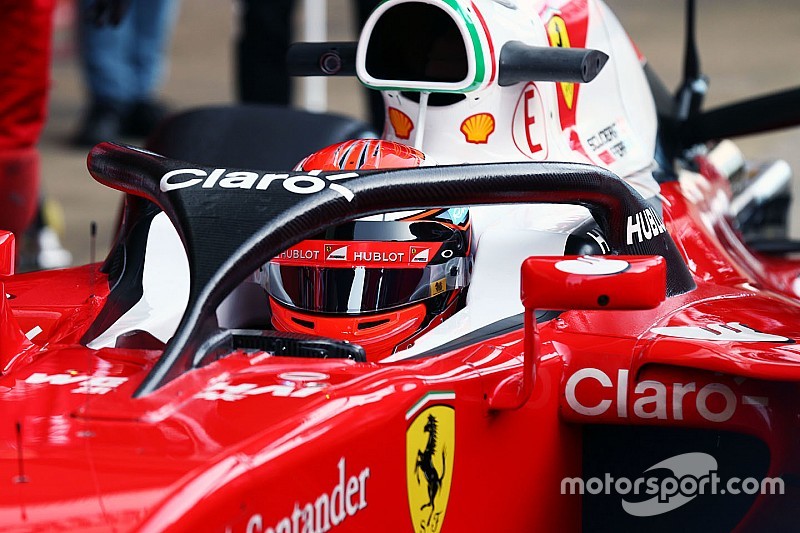 On the back of a wave of criticism from drivers and onlookers about how the Halo design trialled by Kimi Raikkonen was not right for F1, Hamilton went on the attack on Thursday evening.

In a post on Instagram that featured a photograph of Kimi Raikkonen's car, Hamilton declared: “Please no! This is the worst looking mod in Formula 1 history. I appreciate the quest for safety but this is Formula 1, and the way it is now is perfectly fine.”

Hamilton's outspoken remarks come against the backdrop of a sense of mounting frustrations from drivers about the direction that F1 is heading in.

As well as a number of criticisms about the Halo design, the drivers made it clear in a meeting with F1 race director Charlie Whiting on Wednesday that they were unhappy about plans to change qualifying.

There is also a growing sense of unease about the lack of challenge the current cars are delivering, and how over-complicated rules are detracting from the spectacle.

Fernando Alonso expressed exacerbation on Thursday night about the fiasco regarding qualifying, and the direction F1's rules had taken it.

"I am sad for the sport because... it doesn't look right, from the outside. When in one week, we change the qualifying format three times - or pretend to change, no one officialised anything.

"If I was a sportsman from another sport, I would look at Formula 1 a bit surprised about that. I don't think it's right - and the changes, too many changes. The complexity of the rules, also for the spectators, is quite high.

"All my friends here in Spain, they want to switch on television, watch battles, big cars, big tyres, big noise and enjoy the race, like they do with other sports.

"But for us they only know MGU-H, MGU-K, state of charge, supersoft, use mandatory mediums. Things like that... it's no wonder they switch off the television."