Osaka withdrew from the French Open after being fined by the tournament’s organisers for refusing to speak to the media following her first round win in the 2021 edition.

She had said ahead of the event starting that she would not “do any press” because she has “often felt that people have no regard for athletes mental health and this rings very true whenever I see a press conference or partake in one”.

On Tuesday, Hamilton reposted Osaka’s statement announcing her French Open exit and stated, “mental health is not a joke, this is real and serious" and "let's all make sure Naomi knows she's not alone".

As the situation has put sports stars’ relationships with the media in the modern age into renewed focus, Hamilton was asked in the pre-event press conference for this weekend’s Azerbaijan Grand Prix if he had subsequently considered how the media dynamic in F1 might be altered.

He replied: “I think it’s a really good question. I honestly haven’t put any thought to that because I’ve just come here to do my job.”

The Mercedes driver then explained how he had “learned the hard way” in dealing with the media after making his F1 debut aged 22 in 2007 and “made many a mistake and I still do today”.

He added: “It can be daunting still, standing behind a camera – it’s not the easiest. Particularly if you’re like an introvert and you do struggle to be under those sorts of pressures.

“Some people are less comfortable with it than others.

“I’ve learned over my time here how, or have been continuing and I’m trying to continue to learn of how I engage.

“But, when I was young, I was thrown into the pit and I wasn’t given any guidance or support.

“And what I do know is that when youngsters are coming in, they’re facing the same thing as I did. 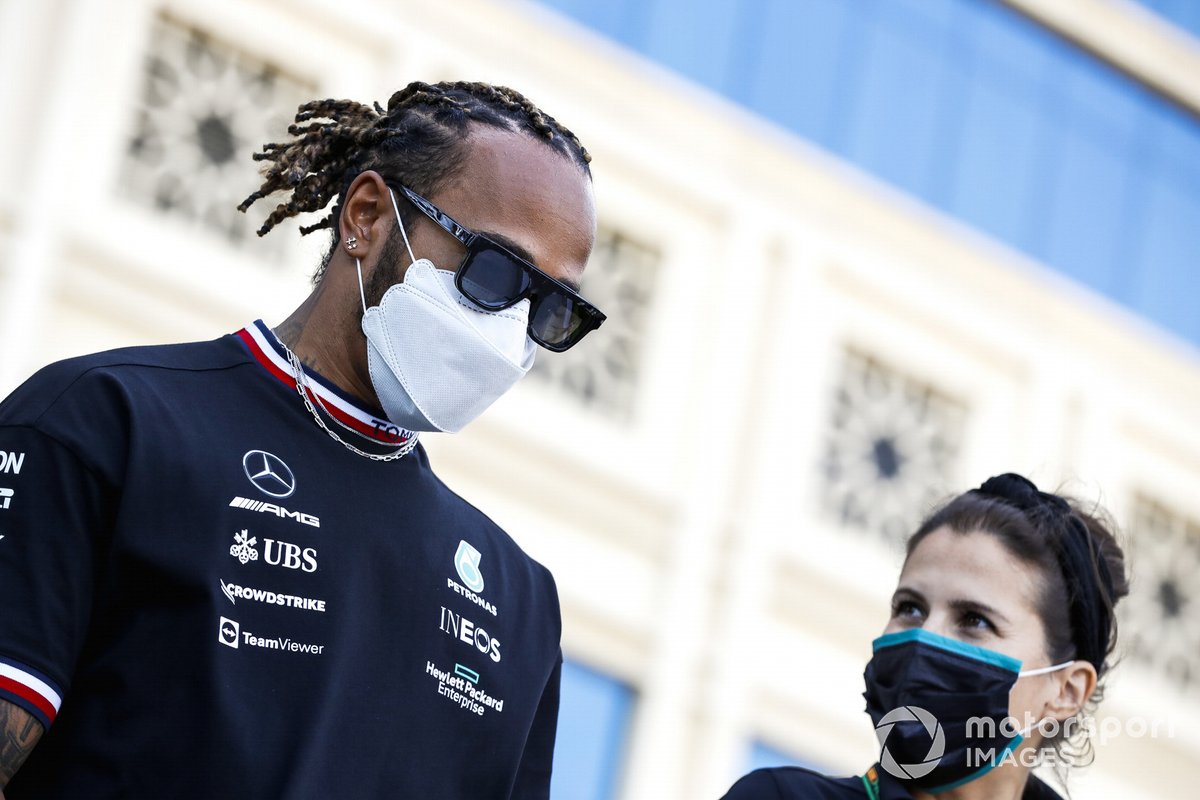 “And I don’t necessarily know if that’s the best for them. I think we need to be supporting more and I think it shouldn’t be a case where you’re pressured.

“Like, there are scenarios where – for example, with Naomi’s scenario, she didn’t feel comfortable for her own personal health not to do something.

“And the backlash is ridiculous and people not taking into account that she’s a human being.

“She’s saying ‘I’m not well enough to do this right now’. I think that really needs to be looked into and how people react to that. And rather be supportive and uplifting to her.

“Because I think… I don’t want to say anymore.”

Earlier in the press conference, Hamilton was asked if had any specific advice to offer Osaka on overcoming difficult moments with the media and whether he considered it important for sports stars to consult sports psychologists.

“I don’t think I am the right person to say if it is the right thing to do – to seek help, necessarily,” Hamilton replied.

“I have never really been into sports psychology, but I definitely think it is an interesting topic.

“I wouldn’t say that I have advice for her, I think she is an incredible athlete and human being.

“Her activism has been so impactful and at such a young age, with so much weight on her shoulders, it is inevitable.

“That fact is when you are young you are thrown into the limelight and spotlight and it weighs heavily on you. The thing is most of us are probably not prepared. 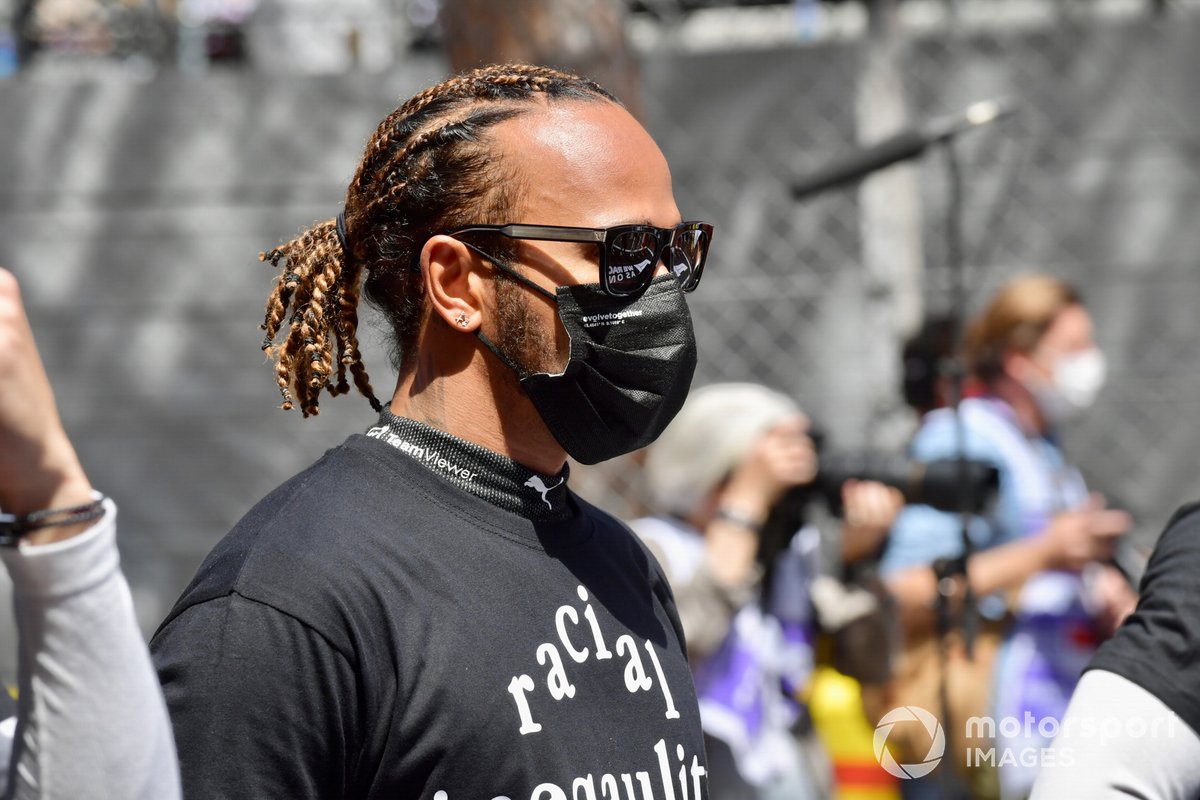 “I remember when I got to Formula 1 and the team had PR but I was never prepared for being thrown in front of the camera and I was never guided as to what to look out for or what would help to navigate through it.

“You just learn through mistakes and it is incredibly nerve-wracking especially when you have all good intentions and people take advantage of it.

“So, I think she is incredibly brave and I applaud her for her bravery as I think it is now [about] asking those in power and putting them in question and making them have to think about how they react.

“Because the way they reacted was not good – with the fine.

“And someone talking about their personal mental health and then being fined for it isn’t cool.

“They could have definitely handled it better and I hope they take a deep dive into it and find a better way to navigate it in the future.

FIA clamps down on "unnecessarily" slow driving in Baku

Why F1 shouldn't be too rigid about flexi-wings