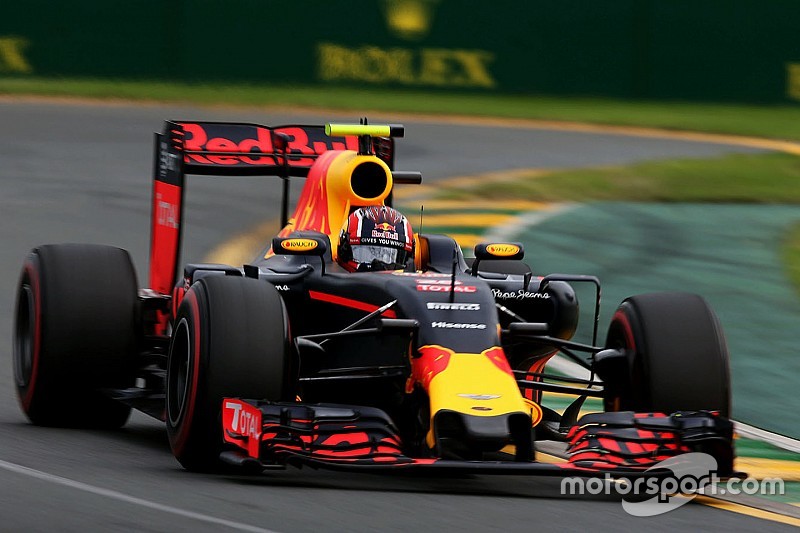 Red Bull boss Christian Horner believes a planned Renault engine upgrade coming for the Canadian Grand Prix could help his team get within striking range of Ferrari over the second half of the campaign.

The Milton Keynes-based outfit showed its potential in the Australian Grand Prix last weekend with a fourth place finish for Daniel Ricciardo, with its long-run pace being particularly strong.

And that early potential, allied to what Renault has in the pipeline for later in the season, has left Horner enthusiastic about what is possible this season.

"The pace that we had in the race was really encouraging," said Horner looking at the Melbourne race.

"If you look at pace on the different sets of tyre compounds, we looked pretty competitive.

"Certainly we were the third fastest car in the race, and not too far from Ferrari kind of pace."

Red Bull was helped by the shuffling of order caused by various strategies being played out after the red flag in Australia.

But Horner is aware that with Renault's qualifying form needing a boost, there is scope for it to do much better later in the year.

"So I think if we get the next step that we're all hoping for, then that's going to move us into a more competitive position.

"But fundamentally the chassis is working very well. The degradation on the tyres has been very good. Our stint lengths seemed as long as the best, and we were competitive when Ricciardo was on the same tyre in clear air: he was doing the same times as Seb."

Although Ferrari appears to have everything it needs to challenge Mercedes more this season, Horner is not ruling out putting the Maranello outfit under some pressure.

"Ferrari isn't a huge amount ahead," he said. "So if we can keep our heads down and keep pushing, it's not infeasible that in the second half of the year we can be taking it to them a bit."