A plastic sandwich bag lodged in Kevin Magnussen's front wing was the cause of the pace drop-off that effectively dashed his chances of a point-scoring finish in the Singapore Grand Prix. 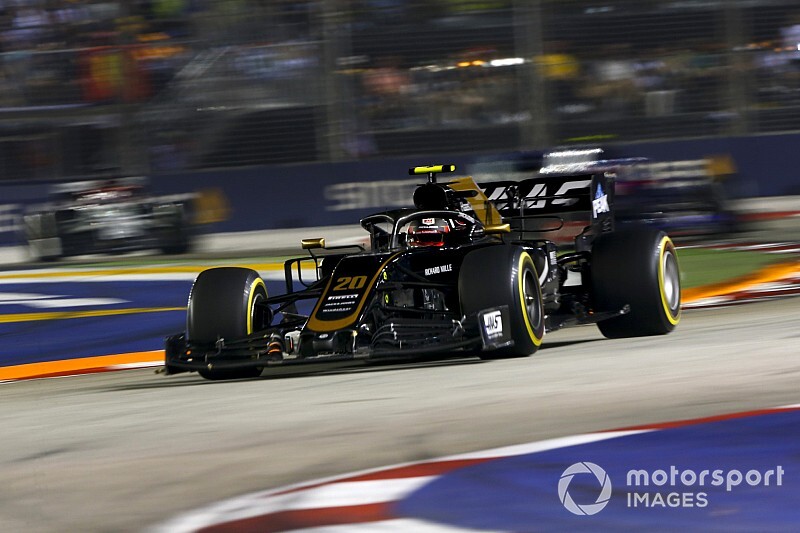 Magnussen had looked on course for an eighth-place finish at the Marina Bay circuit but it all went wrong after the final safety car period when a clear plastic bag got stuck in the left side of front wing – badly affecting the car's aerodynamics.

The bag, which can be seen in the exclusive photograph below, cost the Haas driver around four seconds per lap of pace.

The team had no choice but to pit him three laps from home to get rid of it because he was losing too much time and was also destroying the tyres.

Team principal Gunther Steiner said: "It was after the [final] restart, when he all of a sudden got slower.

"He drove by a few times and we checked [the wing] because one of the engineers said we can see a loss of front downforce, and we thought the wing was broken.

"But Kevin said he didn't hit anything, and you could not see it when he was driving by as the wing was up.

"That is why we made a pitstop, as he lost so much downforce, so he came in and we put new tyres on and took the bag out.

"The tyres were going, so there was no point to stay out there. At least with a new set of tyres we can put a nice lap in and we see what it is. We got the bag."

Asked by Motorsport.com if he felt the bag had cost the team points, Steiner said: "It didn't help. You start to think that the front wing is broke and you lose downforce, and then the car doesn't work any more. Would we have been able without the bag to keep the tyres alive? I don't know." 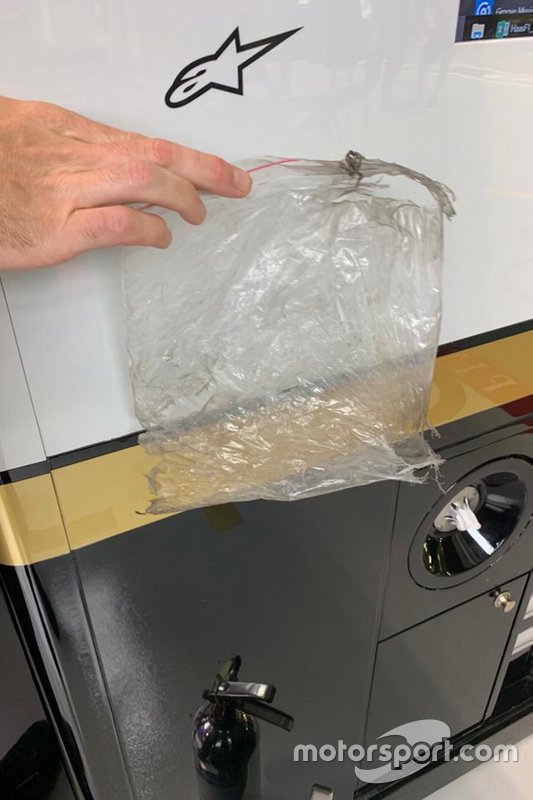 Mercedes annoyed it got Singapore GP "so wrong"