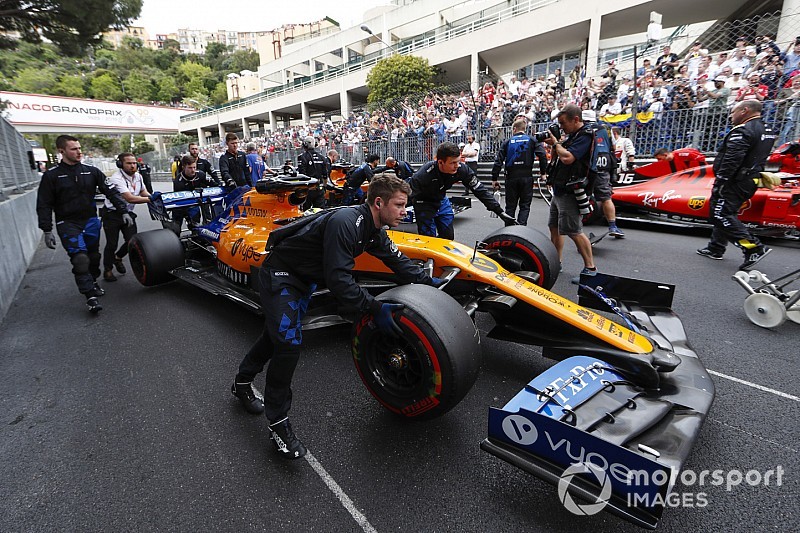 Lando Norris says McLaren benefitted from “doing our homework” ahead of the Monaco Formula 1 race, as the team used his car to maximise the result for teammate Carlos Sainz.

Norris dropped from 12th to 14th at the start of the Monaco Grand Prix, but was left out during the early-race safety car and thus shuffled ahead of early-stoppers Daniel Ricciardo and Kevin Magnussen.

The Briton was subsequently instructed to go long on the medium tyre and manage his pace, which created a large gap between him and the cars ahead and eventually allowed the fellow MCL34 of Sainz to pit into this gap, emerging into clean air and staying ahead of the likes of Ricciardo and Magnussen.

Sainz, who had been aided by an opening-lap double pass on the two Toro Rosso cars, went on to match McLaren's best finish of the season in sixth, while Norris ended up just out of the points in 11th.

“Today’s race I think I could have finished 10th at best but nothing more, and because of that we decided to try and get more points for Carlos and do better as a team,” Norris explained.

“They told me what I needed to focus on laptime-wise and obviously I was trying to look after my tyres at the same time, which cost a bit of pace.

“They told me what I needed to do and that allowed him [Sainz] to box cleanly ahead of me and, yeah, if they hadn’t have done that, we probably would have been passed by the Toro Rossos because they were quite a bit quicker.

“I think they did a very good job and we did our homework before the race because we thought this might happen and we were well-prepared, and thankfully that got us some good points.”

Asked if he was in effect used as a 'rolling roadblock', Norris said: “Effectively yes, but I still had to look after my own race, it wasn’t as if they literally just sacrificed me.

“I still had to do a good race and I still had a point of getting into the top 10 if anything happened, but overall we didn’t really have the pace to do a lot better at the end of the day.”

Norris said his race had been compromised early on by “one or two mistakes”, as he felt he was “pushing too much” initially and felt his set-up was “possibly not aggressive enough”, which contributed to graining on the front tyres.

The rookie said that he had no qualms about playing the “team game” in the Monaco GP.

“I knew I wasn’t going to do anything special or get loads of points so I just did the job I had to do.

“As a team, we know what we have to do to get the best points possible and for the future in terms of constructors points and money for next year and improving as a team. Today was the best job we could have done so I’m very happy with the job that everyone did.”

Ferrari is self-destructive, Renault is all talk 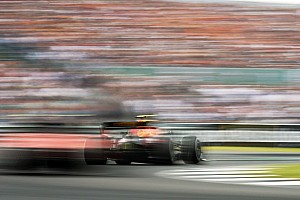