Vandoorne column: Lack of top speed too big a handicap in Mexico 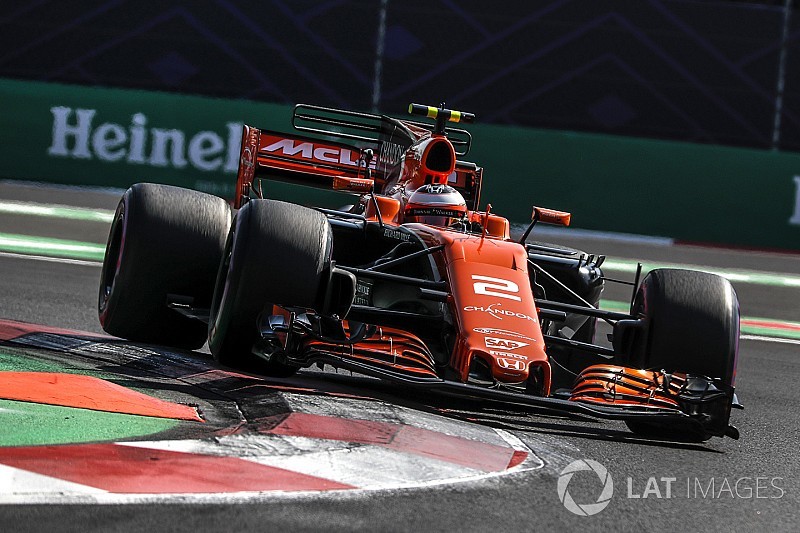 Stoffel Vandoorne reflects on his Mexican Grand Prix weekend, where McLaren's chances of a good result were hindered by a lack of top speed.

Even before I arrived at the Mexican Grand Prix, I knew it was not going to be an ideal weekend because we had decided to take some engine penalties for tactical reasons.

Although we had only just changed engines in Austin, it was always the plan to get another power unit fitted in Mexico because we thought our competitiveness wouldn't be so good there – and it was important to prepare for the final two races in Brazil and Abu Dhabi, which hopefully should be better for us.

Things then did not get off to an ideal start for me in first practice. We did two installation laps and then discovered a problem on the engine, so unfortunately I didn't do any more laps. We lost the whole session because the engine had to be changed again for the older specification that I had run in Austin.

Second practice in the afternoon was also a difficult one for me, as we had quite a lot of problems with that engine too and, therefore, I was struggling to find a good balance. We were also running on high fuel because we knew we were not going to do qualifying and it was more important to prepare the car for Sunday.

A lot of work was done overnight to fix the problems with the engine and the car balance, and we made a big step forward. Straight away in FP3 I felt a lot more confident with the car, and the pace was immediately there from the first lap on high fuel. Overall I was much, much happier.

Knowing that thanks to engine penalties I would be starting near the back, we went into Q1 with a high-fuel run at the start because it would be the most representative time of day compared to race conditions, so we could make our final adjustments for the set-up we wanted on Sunday.

And considering that Fernando Alonso was still the only one running the upgraded aero package with the new front wing, our pace on the long run looked quite promising.

In fact, going into the weekend we thought that it would be a hard one in terms of speed – but looking back on both low fuel and high-fuel runs we were pretty good. I would say our car was good enough to be around the top 10 if we had had a clean run.

Going into the race, I was starting 19th and I had a very good opening lap. I was immediately up to 13th after lap 1, having avoided all the trouble and made some good overtaking moves. But then on lap 2 a Sauber came flying past on the straight, and from there our race was actually compromised a lot.

We were a lot quicker over the lap, but there was no way to overtake as we didn't have the straightline speed.

Even saving up energy and using DRS, I just couldn't get close enough to attack. When Fernando caught back up, the team decided to swap our positions so he could have a go – but even in his position it was impossible to overtake the Sauber on track.

In the end, the Virtual Safety Car period changed the shape of the race – although unfortunately for us we were at the last corner when it happened and the call came very, very late to enter the pits. So I lost several seconds with the tyre change and dropped a few positions, which was a shame as I reckon points were there for the taking.

The second stint on the prime tyres was actually a very competitive one. We were a bit faster than the Williams of Felipe Massa, but of course we couldn't get close enough to overtake as well.

In the end a lot of the cars bunched up with Kevin Magnussen, Fernando, Felipe and myself finishing very close. In the circumstances it was not an ideal race, but in terms of pace also it was positive.

Next up is Brazil, which will again be a new experience for me – and one where I hope we will have a better opportunity to score points again. I should have the new upgrade package there as well as Fernando, so hopefully we can put both cars in a competitive position. I'm looking forward to it.