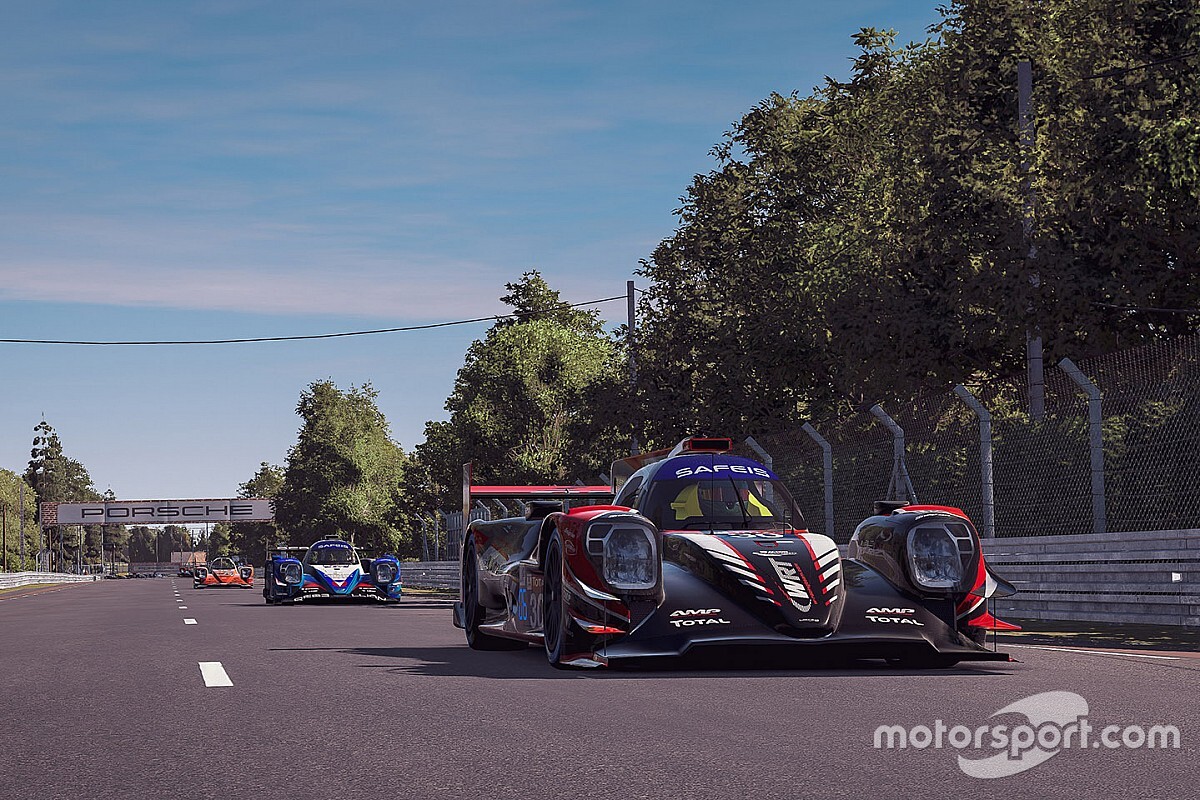 The E-Team WRT entry driven by GT driver Kelvin van der Linde leads the 24 Hours of Le Mans Virtual after the opening hour of racing ahead of Stoffel Vandoorne in the #16 Veloce Esports machine.

Van der Linde, who is sharing the #30 car with fellow GT driver Dries Vanthoor and sim drivers Fabrice Cornelis and Arne Schoonvliet, has a slender lead of just under six second having started second in the virtual race - a collaboration between the World Endurance Championship, Automobile Club de l'Ouest and Motorsport Games.

Mercedes Formula E driver Vandoorne is several seconds behind in second, while Formula 1 driver Max Verstappen, sharing with fellow F1 driver Lando Norris in the #20 Team Redline car, runs third after the Dutchman initially moved from fifth to third inside the opening lap.

The polesitting #4 ByKolles car led in the early stages with ex-Formula E driver Tom Dillmann at the wheel, but had to serve a drive-through penalty having being deemed to have jumped the start, rejoining down in 17th.

Elsewhere in the field, the Fernando Alonso/Rubens Barrichello #14 entry dropped well down the order after Alonso pitted for repairs and to serve a one-second penalty for a collision with the #94 Porsche driven by Simona de Silvestro on the entry to Tertre Rouge at the half-hour mark.

Other cars to suffer problems have been the #8 Toyota Gazoo Racing after Brendon Hartley spun off at Indianapolis, suffering extensive damage, while the #15 entry of father and son pairing Andy and Seb Priaulx have suffered from connection issues.

The GTE class is led by the #88 Dempsey Proton Racing Porsche with Loek Hartog by 10 seconds, followed by the #93 and polesitting Porsche driven by 2015 Le Mans 24 Hours winner Nick Tandy.