Ken Block’s Gymkhana 8: “We are trying to break the internet!” 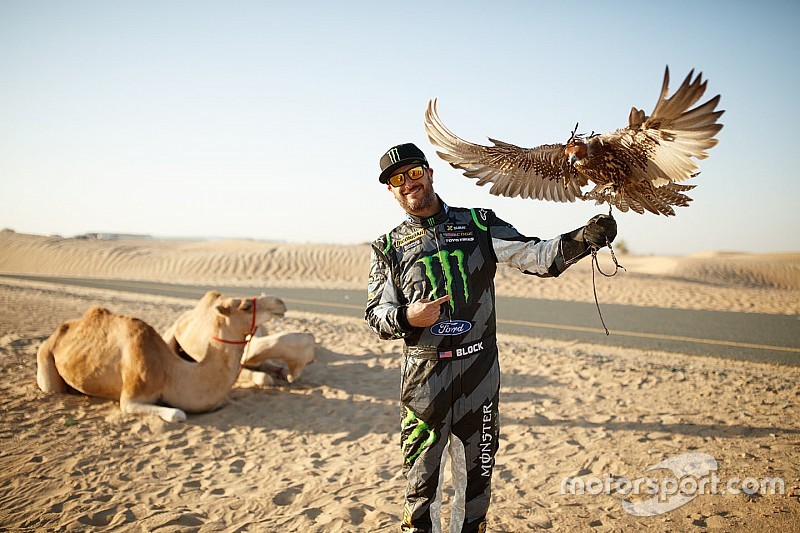 Internet sensation and rallycross star Ken Block launched his latest Gymkhana video in Los Angeles on Monday. Motorsport.com caught up with him for an exclusive chat…

Why shoot Gymkhana Eight in Dubai?

"The funny thing with these videos is that me and my team are tasked with making something creative and fun while also keeping it interesting.

"If I did the same thing over and over, then it is going to get boring and people will not come back to watch.

"I got through a crazy list of ideas before shooting these things and somewhere exotic was on my list and Dubai is known for some of the crazy vehicle builds.

"Then out of the blue someone contacted my agent about filming there and it worked out to be perfect, not only did I already like the location, they also came along and offered us sponsorship. It just worked out as an ideal situation."

We tried to keep it as real as possible

Is this video more about the production quality rather than the tricks?

"No, I still do stuff that is quite difficult and complicated but the thing Dubai afforded us was that locations were exotic.

"As much as I like LA, it does not have the most pretty place in the entire world, but Dubai has some great locations, such as the desert and sand to the yachts.

"We used the availability of those locations to make it look dynamically different. Sometimes you would park the car in between two buildings to take a picture even on your iPhone and you'd say ‘wow!’ because all the light reflected on it.

"We also tried to keep it as real as possible. That's why we used the GoPros and long-lens camera shots, so when you see that I am inches away from something, I am not cheating that.

"We can show you it is as real as possible but in the new video you will also see it is more cinematic and colourful. We paid more attention to making things look grandiose."

We asked for very big things, and they were actually able to deliver that

"I did some slides in between a Ford Raptor on two wheels. It is the first thing I did in filming. It is a very difficult thing to do, very sketchy, but I had to do it first as it was early in the week and there was less traffic, on a very busy road, but we got is shut down for an hour to do the filming.

"I think one of the best bits about this video is the access. We asked for very big things and very important things, and they were actually able to offer and deliver that.

"So the Raptor thing, going up on two wheels on a highway that should not have been shut down, yet we could do it. It was mind-blowing."

You released it at YouTube's offices, did you need their processing power? Were you trying to break the internet?

"We are trying to break the internet!

"YouTube is still the best international platform and makes it easy for people to view. Facebook is doing a good job in integrating video but not everyone uses Facebook, so we try to use YouTube as a platform.

"We have done different video launches in the past, but this time we decided to partner with YouTube and we will see how that works out."

I get to go in the car and drive, and do some crazy things

Your previous videos have had over 350,000,000 views, what are your expectations for Gymkhana Eight?

"I don't have any expectations. I never set any. All I can hope is that is does as well as some of the other ones.

"I think Gymkhana Five is different and an exceptional case. It has over 82,000,000 views. I just hope people continue to watch and like what I do and I can keep on making a few more of these.

"At the end of the day, I am one of the luckiest racecar drivers in the world. I get to go out and compete at the highest level and have a works factory support around the world.

"And at the same time, there is this crazy marketing niche that I have been able to develop for a number of different sponsors.

"The gymkhana one is the most difficult to make but also the most fun. It's difficult because it takes months and months of planning and site visits and work.

"There are then eight weeks in the studio after the filming because we want this to be the best but at the same time, I get to go in the car and drive, and do some crazy things."