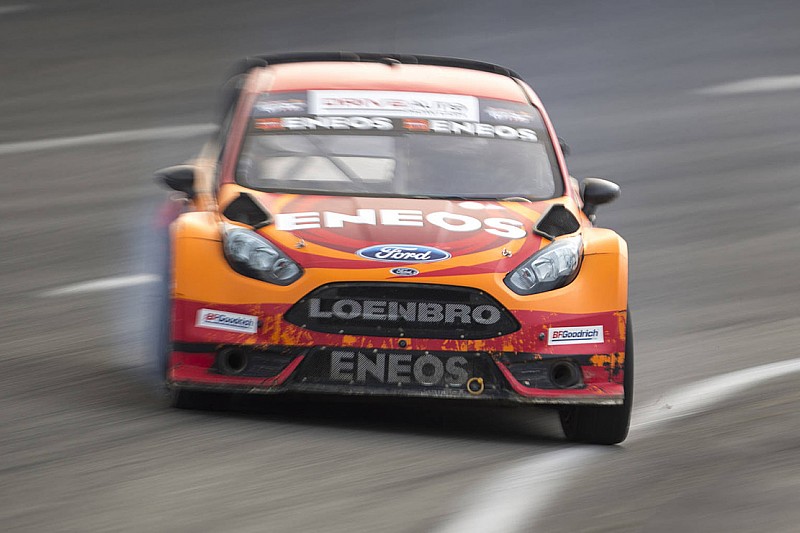 Steve Arpin became the first repeat winner of the 2017 Red Bull Global Rallycross season with a thrilling victory in Saturday’s action at the Canada Aviation and Space Museum in Ottawa. The lone Canadian native in the field, Arpin’s victory came in the series’ first-ever Canadian round, part of the year-long Ottawa 2017 celebration of Canada’s 150th anniversary of Confederation. Arpin held off strong challenges from Volkswagen Andretti Rallycross driver Tanner Foust and Honda Red Bull Olsbergs MSE’s Mitchell deJong to grab his second win in a row, taking the Supercar points lead in the process.

“The third time’s a charm, and this is our third win,” Arpin said to an overjoyed Ontario crowd after the victory. “How amazing is this—it’s Ottawa 2017, Canada’s 150th anniversary, so happy birthday Canada! We’ve had the good fortune to race all over the world, but this is what it’s all about. Thank you everyone—we have so many guests here this weekend, this is an amazing sport, and we get to do it all again tomorrow!”

Parity was the name of the game in heats and semifinals, as 10 different Supercar and Lites drivers—half of those entered in the event—took at least one victory. But despite wins in the first two rounds, nosing into the jump in the final heat forced an engine change for Scott Speed; after missing the semifinals, he was unable to compete in the main event, giving up his points lead.

After winning their respective semifinals, the final was set as a showdown between Foust and Arpin on the front row of the grid, with the higher finisher earning the points lead. Arpin ensured it would be him with an incredible start; despite a hard charge from Foust and a savvy Joker Lap strategy that enabled the two-time champion to save his shortcut, Arpin came out ahead for the win and the championship lead.

Full Supercar results from Red Bull Global Rallycross Ottawa I are as follows: