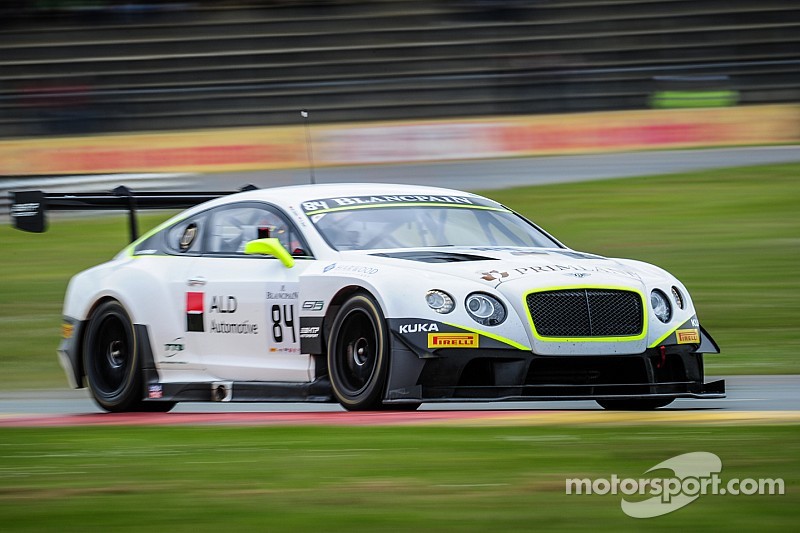 Altendiez, Germany - Bentley Team HTP is set for the next challenge. Only five days after the fourth place finish at the start in the Sprint Series season at Nogaro/France, the team will race this weekend at the Blancpain Endurances Series season opener at Monza/Italy. The race at Monza is the first three-hour endurance race of Bentley Team HTP with the Bentley Continental GT3.

Bentley Team HTP enters one Bentley Continental GT3 in the Endurance Series for Harold Primat (CH), Vincent Abril (F) and Mike Parisy (F). The #84 Bentley is entered in the Pro class of the five round Blancpain Endurance Series, in which HTP Motorsport won the drivers championship in 2013. Bentley Team M-Sport will enter two Continental GT3 at Monza.

The endurance race at the scenic Italian track promises rush hour like traffic. A grid of almost 60 cars on the high-speed track creates an extra challenge for the drivers. „Monza is unique and a legend, we are really looking forward to our first race with the Bentley Continental GT3 there“, Norbert Brückner, team principal of Bentley Team HTP says. “Our driver line up of Harold, Vincent and Mike is very competitive and we are well prepared. The enormous amount of cars and the race distance of three hours make this race very hard to predict.”

Harold Primat: “We’re feeling confident ahead of the first round at Monza after all the testing we’ve done over the past few weeks. We’ve been able to work on the set-ups and fine-tune the Bentley to a level of preparation similar to last year, so the car seems to get better and better every time it takes to the track. I am delighted to have Mike and Vincent on board at HTP this year. I think we make a strong team, combining both pace and experience. It’s still too early to set any clear targets, but if we can show the same consistency as we did last year and regularly fight for top-five finishes then I think we could be right up there in the championship. However, I am preparing myself for an even bigger challenge after seeing the competitiveness of the field this year.

Vincent Abril: “We had a great start into the season with our fourth place finish last weekend at Nogaro. Again, I learned a lot about the car. Now I’m really looking forward to the Blancpain Endurance Series. The race at Monza will be my first endurance race and I’m really excited about that. Together with Mike and Harold we are a competitive trio and our pre season testing went really well. A grid of 60 cars creates new challenges. The entire weekend will be a whole new experience to me.“

Mike Parisy: “Monza will be my first race with the Bentley Continental GT3. The speed and the balance of the car impressed me during our pre-season testing, now I’m really looking forward to race with the Bentley for the first time. The competition in our class will be tight but with Harold, Vincent and the Bentley Team HTP, I’m convinced we will be able to fight for podium positions.”