Curran takes Camaro to pole at the 'Glen 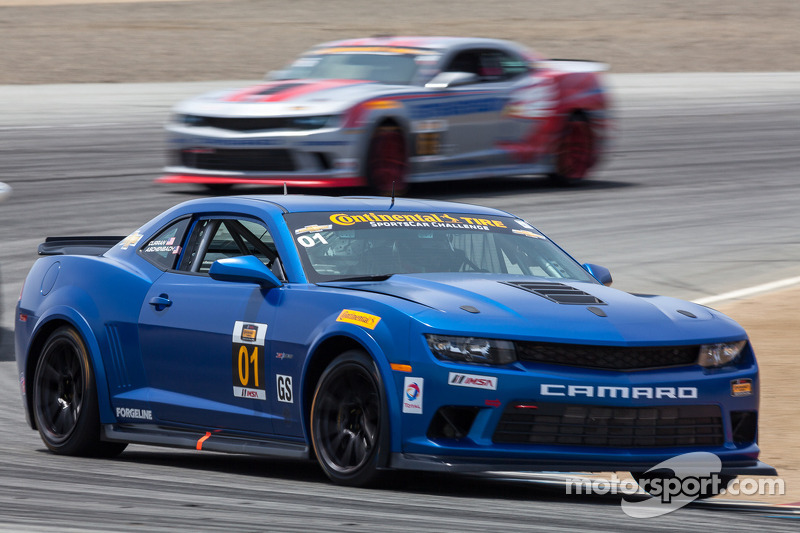 “This is an awesome car and I’m running at one of my home tracks,” said Curran, who won his sixth career pole in the series. “I’ve been racing here for 15 years and run a ton of laps. We’ve had a rough year so far, but the CKS team has worked really hard to get the car where it is today. When you have a great car at a really good track, you’ll get a good result.”

Camaros swept the front row, with Andrew Davis qualifying second with a lap of 2:00.904 (101.237 mph) in the No. 6 Stevenson Auto Group entry co-driven by Robin Liddell.

GS point leader Trent Hindman took third in the No. 46 Fall-Line Motorsports BMW M3, and will be joined on the second row by Matt Bell in the No. 9 Stevenson Auto Group Camaro Z/28.R. 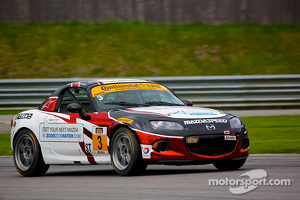 “We weren’t really sure what to expect, because we never had a clean lap in practice and didn’t really try to go fast,” said Miller, driving the No. 3 ZoomZoomNation.com Mazda MX-5 co-driven by Tyler McQuarrie. “We spent practice tweaking the balance of the car. We bolted on a new set of Continental Tires for qualifying, and that gave me a bit more confidence in the turns on my fast lap. More important, I think our car will be good over the long runs – which will help our team’s two Mazda MX-5s in the race.”

Miller and Stevan McAleer won the ST class at Watkins Glen in 2013 for CJ Wilson Racing. Miller won his first career ST pole in the 2013 season finale at Lime Rock, but missed the race at Mazda Raceway Laguna Seca after being injured in the race at Sebring International Raceway in March.

Cody Ellsworth was second, running a lap of 2:07.817 (95.762 mph) to share the front row in the Webster, New York-based No. 40 Berg Racing Vintage Seats Porsche Cayman co-driven by team owner John Weisberg. The top nine qualifiers broke the existing mark of 95.090 mph set last year by Corey Fergus in a BMW 328i.

Third was Kyle Gimple in the No. 75 Compass360 Racing co-driven by Ryan Eversley, followed by Juan Carlos Leroux in the No. 4 LRT Racing Mobil 1 Honda Civic Si co-driven by his brother, Jorge Leroux.

'Banned for life' Maldonado lucky to be in Monaco