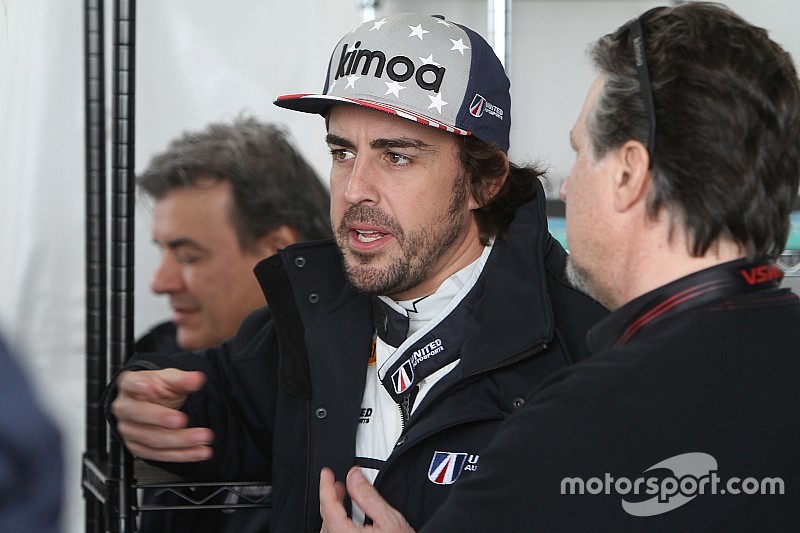 Fernando Alonso says he feels “much more prepared” for a potential assault on the Le Mans 24 Hours after making his sportscar debut in the Rolex 24 at Daytona.

The McLaren Formula 1 star’s much-vaunted maiden Daytona appearance was beset by issues in the #23 United Autosports Ligier JS P217, which dropped out of contention for a top finish with a brake problem.

Despite the poor final result, Alonso said the experience remained valuable, as he suggested the chances of making a first Le Mans appearance this year had now risen to “60/40” from the “50/50” he stated earlier in the week.

“As a preparation, absolutely yes,” said Alonso when asked if he felt his Daytona attack had given him what he needed to feel confident about tackling Le Mans.

“As I said when I came to Indianapolis, it was my first time oval racing, first time for many things, as it happened here.

“If and when I will be in Le Mans, it will be the second time at least, so I will be much more prepared.”

He added: “The next time I jump in a prototype car [with a] closed cockpit, I know what is the feeling, I know the traffic situation, I know the night driving, I know about the safety car.

“I know things now that I didn’t know yesterday, 24 hours ago, so that was one of the goals for this event.”

Alonso also hinted that he would likely return to Daytona for another crack at the American endurance classic next year.

“I think so,” he said when asked by Motorsport.com about the prospect. “It’s a race in January when normally the motorsport calendar is quite empty, when I think for us drivers it’s quite convenient to come here to do this race.

“It’s an iconic race, a prestigious race and it’s in a part of the year when we are quite relaxed, normally preparing ourselves for our season in whatever category you are.

"Instead of being on a bicycle or in the gym, you are driving, so it’s much better.”

Mixed success for Canadians in Daytona