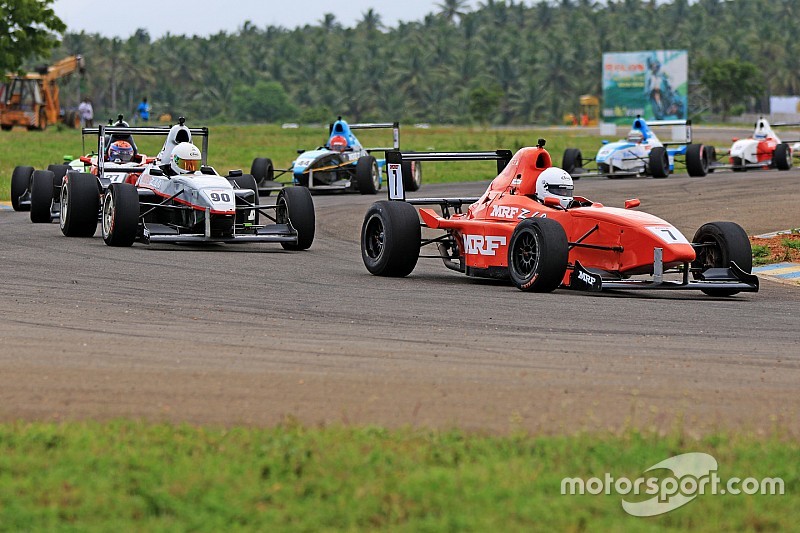 The Madras Motor Race Track will host the third round of MRF MMSC National Racing Championship this weekend, with 12 races scheduled across various categories.

The MRF F1600 will remain the flagship series, where some of India’s best budding racing drivers will battle for the title as well as a ticket to the Mazda Road to Indy shootout in the US.

All eyes will be on Ashwin Datta, who sweeped the previous round at Coimbatore with three wins in three races.

He can expect strong competition from seasoned racer Nayan Chatterjee, former runner-up Goutham Parekh and Raghul Rangasamy, all of whom have the potential to spoil his party.

Datta hasn’t only been making headlines in MRF F1600; he also won one of the three LGB 1300 races in the last round, with Nabil Hussain and Sohail Shah being the other two victors.

Apart from the two single-seater categories, also on this weekend’s schedule is the Volkswagen Ameo Cup, the one-make touring championship based on the race spec version of VW’s popular compact sedan.

Kolhapur's Dhruv Mohite dominated the first round of the Ameo Cup, winning both races with ease at Kari Motor Speedway.

One would expect him to be fighting for the top spot once again, potentially rubbing wheels against the likes of former Junior Cup champion Jeet Jhabakh and last year’s frontrunner Saurav Bandyopadhyay.

This round will mark the first time the MRF F1600, the LGB 1300 and the VW Ameo Cup will race in Chennai in 2018, all three series having skipped the season opener at the same venue in February.

By contrast, all saloon car series under the National Racing Championship banner took part in each of the two rounds so far, delivering some particularly close action.

What the new Cup Series sponsorship model means for NASCAR