McLaren CEO Zak Brown says a snowball effect of mistakes with its Indy 500 assault – including a missing steering wheel for a test and delays caused by repainting one of its cars the right colour – were behind its shock failure to qualify for the race. 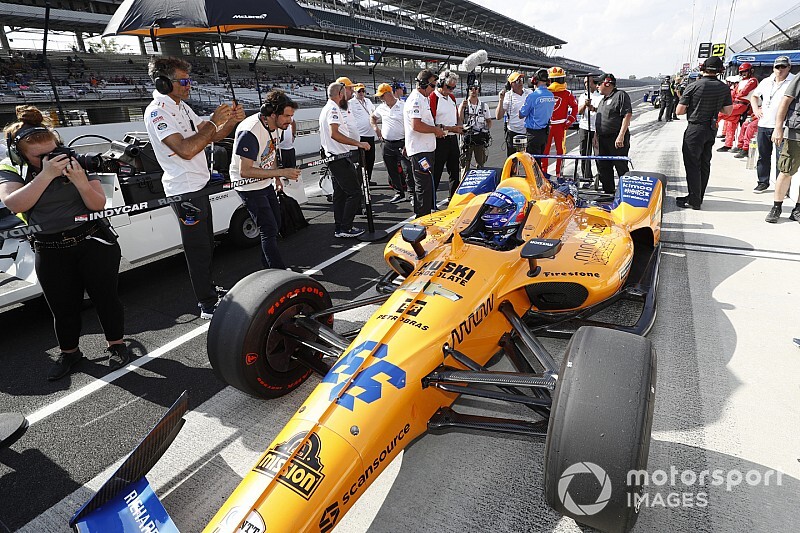 While Brown has vowed to conduct a deep post mortem into what turned his team's victory hopes into failure, he has outlined that a run of errors that began from its first test at Texas all came together to derails Fernando Alonso's efforts

Brown confirmed that media reports earlier this week outlining the errors the team made – which included difficulties sourcing a steering wheel for a test at Texas, wrong tyre sensors, incorrect gear ratios, confusion over metric/imperials measurements for a set-up, and delays caused by repainting its spare car – were broadly correct.

Brown said that there was not one main issue that stood out as key in leading to McLaren's stumble, but says that they all came together as events appeared to spiral out of control.

"I think I made more than one error," said Brown in Monaco on Thursday. "So it was a variety of errors, and then it becomes a snowball effect. So when you're not prepared in Texas, you never really recover from that.

"I don't know how many of you follow baseball, when Bill Buckner had the ground ball go through his legs and he 'lost' the World Series. Well, they lost three games before that; he just made the final high publicity error. So I think that's what happened here.

"There were a lot of mistakes that snowballed and those need to be corrected. But I think the good news is I can look back now and see a lot of what we would do differently.

"I'm not sat here scratching my head, not being able to understand why it was a failed attempt. It's pretty black and white where the mistakes were made, but I want to dig even deeper and do a proper debrief with the team."

Brown offered some insight into two of the more surprising errors the team made – which were related to the steering wheel and the car colour.

The first issue appeared at the first test when Alonso was late to get going at his IndyCar test at Texas because his steering wheel had not arrived.

Brown explained "It's not like we showed up to the test and went 'someone forgot the steering wheel'. We were going to do our own steering wheel, and we didn't get it done in time.

Brown also confirmed that it was a "huge mistake" to have a delay in readying McLaren's spare car for Indy practice and qualifying – after the team requested it be repainted because it was in the wrong shade of orange.

The car not being ready robbed the team of valuable track time in the wake of Alonso's practice crash that damaged his race car.

"It was off-colour," said Brown about the paint issue. "Ultimately because that was going to become our spare car, for reasons I still need to dig into, we didn't get it re-painted in time.

"So when the spare car was required, it was not yet ready. So it was orange, but it was not to our standard and we didn't get it back painted and back in a true spare state in time, which was a huge mistake."

While McLaren has parted company with its Indy 500 project leader Bob Fernley in the wake of its failure to qualify, Brown said it would be wrong to blame the former Force India deputy team principal for everything that happened.

"I'm ultimately responsible for the lack of success at Indianapolis," said Brown. "There are things I would do differently. I wish I had brought Gil [de Ferran] in sooner, but one of the promises we made to ourselves is we would not compromise our Formula 1 programme at all, and I think we are moving forward in Formula 1.

"I couldn't redirect Gil until Andreas [Seidl] came, and that's when he went to Indy, and by that point I think we were already too far behind the eight-ball."

Asked why McLaren had pushed on with the project when it felt not everything was in place, Brown said: "I thought we did, and I got that wrong. We announced it in October, we bought two cars right away, and we had a healthy budget. The car was sold out [with sponsors], so it wasn't a financial drain on the team. 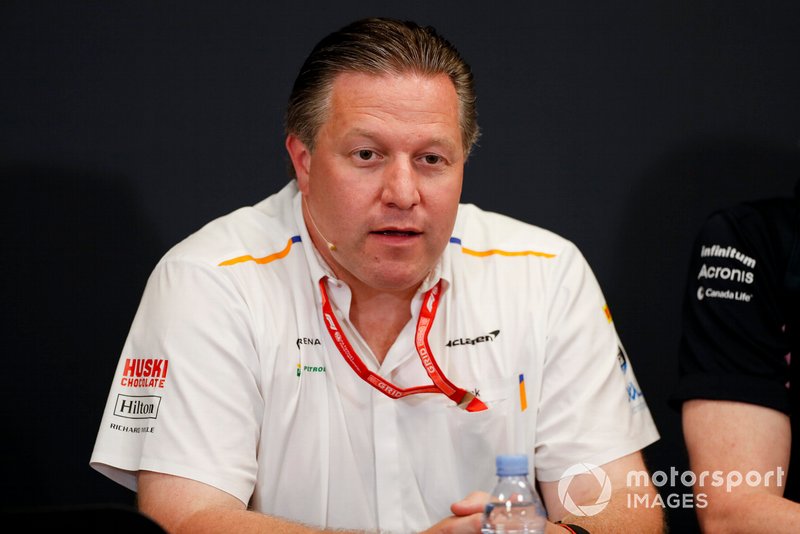